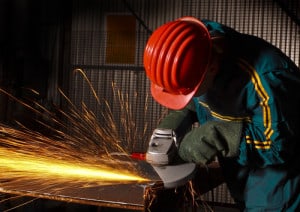 How a manufacturer used statistical process control software to reduce scrap and rework by 90%.

The Mueller Company’s good reputation came at a price.

It is a well-established manufacturer of water-distribution products such as pipes, but it had high internal scrap and rework costs that reduced the bottom line and increased labor.

The scrap and rework costs for materials production amounted to a “hidden factory that produced nothing but waste. If a company with 20 machines operates routinely with a 5% scrap rate, it is the equivalent of one machine in the factory dedicated to producing waste,” a case study relates.

Mueller’s managers clearly recognized the problem, but it was difficult accessing the right data to pinpoint the sources of scrap. Without the data at hand, the company’s problem-solving teams were constantly fire-fighting rather than concentrating on the long-term issues that were cutting into profits.

As Joseph Benford, Mueller’s director of corporate quality, described it in the case study: “We had the ‘monthly one-off syndrome.’ Every month we had a different reason why we didn’t make our target. We were playing whack-a-mole. On a daily basis, our typical scrap and/or rework coming out of our facility to our downstream plants was quite high. We had good quality to the customers, but we had a lot of internal issues.”

Benford’s team realized they needed the right tools and data to uncover the “hidden factory” that essentially only produced scrap. The company already had tools within their enterprise resource planning system, along with spreadsheet and statistical software. But the company’s operators needed real-time data on issues and glitches occurring on the production floor.

How This Opportunity or Challenge Was Met:

The company set out to first transform its Decatur, Illinois facility to a real-time data-driven culture, implementing GainSeeker, a manufacturing intelligence platform from Hertzler Systems, Inc.

The first phase was to understand and tackle the rework equation, followed by a mobile data collection application for in-process quality audits, the case study relates. The plant captures all data from the foundry lab, as well as statistical process control (SPC) data on foundry processes. With ready access to this data, the team finds that it is changing the relationship with its suppliers, who were seeking data to see and make changes to their own processes.

Following the Decatur project, Mueller introduced the platform to its Cleveland, Tennessee plant.

“The team has developed several error-proofing strategies,” the case study elaborates. “Operators scan their badges to start their inspection process, and then scan the work order numbers and gauge codes. If these elements don’t match, they can’t proceed. Recently the team has tied the system to their training system so when an operator scans a bar code, if he’s not been trained for that operation, he or she cannot proceed. If there are any issues, key people get text messages so they can take corrective action.”

Automating data collection had two immediate benefits, the case study reports. First, automation saved a significant amount of time. What used to take the plant up to 70 hours per week now takes about five hours a week. This time savings enabled the plant to redeploy staff from clerical work to solving problems.

The results seen at the company’s Chattanooga plant illustrate the benefits the real-time data effort has delivered. Originally, Chattanooga employees were spending 60 to 70 hours a week identifying and recording scrap and rework data, which is now reduced to less than five effort hours, the case study reports. The additional time has been put to analysis work, enabling them to forecast potential scrap rates. Overall, the company has been able to achieve a 90% reduction in scrap and rework at the facility, and a reduction in escaped pieces from 8% down to 0.5%.

In addition, Mueller has reliable data sets to guide its operations. “With more time and more reliable data, they could solve problems faster, and monitor the impact of their solutions much more effectively.”  Mueller is implementing real-time data collection and analysis at other facilities, as was well as a corporate-level supplier score card.