Home / Business Strategies / SAS Allies With Microsoft in the Cloud 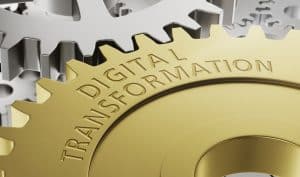 The partnership aims to help the growing number of businesses that are launching pandemic-driven digital business transformation initiatives based on applications deployed in the cloud.

SAS and Microsoft announced this week an alliance through which Microsoft Azure will become the preferred cloud service provider for workloads created using analytics tools from SAS.

While SAS will continue to collaborate with other cloud service providers, the reach of the Azure cloud in terms of a number of end users along with the volume of data now being generated makes Microsoft a more compelling option for SAS and its customers, says Jay Upchurch, executive vice president and CIO of SAS.

See also: The Promises of Data Fabric in Digital Transformation

Microsoft via both application workloads being deployed on Azure and application services such as Microsoft Office 365 now manages a critical mass of data in the cloud, says Upchurch. As a result, SAS customers are going to want to deploy analytics software as close to where much of the rest of their data is already deployed, notes Upchurch.

While Microsoft may still trail Amazon Web Services in terms of pure size, the type of data that Microsoft has on its cloud is starting to exercise more gravitational pull. As data gravity increases on the Azure cloud, it is probable many more independent software vendors (ISVs) will follow suit.

SAS has been providing hosting services for its software for years. The alliance with Microsoft will enable SAS to benefit from the ongoing investments Microsoft continues to make in cloud infrastructure, notes Upchurch.

“We can leverage Microsoft investments in innovation,” says Upchurch.

Under the terms of the alliance, SAS has committed to optimizing SAS Viya, the latest release of the company’s cloud-native software, for Azure as well as making SAS applications available via the Azure Marketplace. SAS will also tighten integration between its offerings and Microsoft 365, Dynamics 365, and Power BI services. Previously, Microsoft and SAS had in place an Internet of Things (IoT) alliance that combined SAS analytics capabilities with Microsoft’s Azure IoT platform and artificial intelligence (AI) technologies.

In general, Upchurch says in the wake of the COVID-19 pandemic the rate at which organizations are launch digital business transformation initiatives based on applications deployed in the cloud has substantially increased. With both employees and customers alike working from home more often for the foreseeable future, Upchurch says it’s apparent many legacy applications are not flexible enough to meet new use case requirements. Many organizations are relying on packaged applications running in the cloud to accelerate that transition while employing low code or no code tools from Microsoft to create more custom application user experiences, notes Upchurch.

Each organization will, of course, need to decide for themselves to what degree to move to the cloud depending on the resources and expertise they have available at hand.