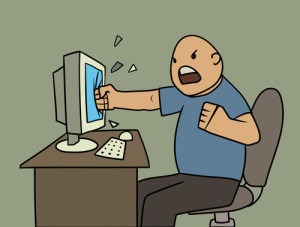 It’s easy for tech sector leaders to lump lack of uptake and efficient use of new systems as “user-related,” but what if it’s the tech itself?

It’s the reigning mantra in the tech sector, swiping “move fast and break things” and “data is the new oil” right off the menu of things to say when you aren’t paying attention. If you recently attended IoT World, you could easily have mistaken it for a behavioral psychology conference. Speakers emphasized how older employees often only adapt to new tools begrudgingly or how data analytics were being hindered because people don’t like sharing data.

One of the few to break from the pack was James Brehm, founder of James Brehm and Co. He blamed process, like in the pharma company that couldn’t get the full value out of their new software systems because its processes remained mired in paper verifications and filing. But, because the people didn’t recognize the conflict, the process problem arguably was rooted in, yep, the people.

But let’s “think different” (Sorry, Apple) for a moment. What if it isn’t people? Or process?

What if it’s the technology?

What if the delays and implemental failures are because the technology isn’t really that good? That it’s difficult to use or only delivers benefits in “soft costs” while the vendor wants hard cash. When was the last time you heard someone praise an ERP upgrade? At best, they will tell you it wasn’t as bad as kidney failure.

And technological mediocrity is not just a problem for the menial or near-retirees. Data scientists spend 80% of their time in data prep, according to IDC and others. The highest paid and most sought-after employees in tech are reduced to digital janitorial work because the magic algorithm needs help.

Some engineers will respond by noting that the technology works. The “people” neglected to use it properly. I’ll give them that. We’re careless and harried knuckleheads, but that’s a given. Like a network TV exec, you’ve got to live with the fact that only 18% of us has an attention span longer than 22 minutes.

“I often find the best thing you can do with some software developers is fire them,” said Todd Nemet, a former product manager at several Fortune 500 companies when I asked him about a feature on a publishing system I particularly despise. “They think they control the server, they control everything.”

My brother clued me into the power of bad technology years ago. He’s a urologist, an advocate for robotic surgery and a frequent critic of online medical records. “Don’t you get it Angelo? By going online we can cut administrative costs and improve quality of care throughout a patient’s lifetime,” I’ll bellow.

True, but he also counters that these applications often force doctors to shift from notes to check-box like diagnoses, eroding the quality of care. The data management systems can be fussy and force him to expend more hours in administration, driving up the cost. Worst of all, you’re no longer looking at the patient. You’re focused on a black box: bad for the doctor and the patient.

The “right idea, wrong tool” phenomenon plays out all over the place. In “Guns, Germs and Steel,” Jared Diamond noted that New Guinea villagers immediately adopted the sweet potato as a food source when they first encountered it, and planted it in vertical hillside rows. Missionaries and aid workers corrected them and told them to plant in horizontal rows. In the first major rainstorms, crops were washed out. Vertical planting returned.

For IoT, this could be a particularly difficult problem because of the size and scope of the projects and the number and variety of people involved. Cutting-edge consumers love the idea of becoming power producers with rooftop solar and blockchain. But you’ll see reports on how (1) I only made $1.27 per month after costs (2) my bills went up because I depleted my battery early and got stuck with peak power charges or (3) I lost a whole freezer full of Otter Pops and frozen tamales because of an accidental brownout.

Energy efficient windows will turn day into night, disrupting productivity to save a few cents. Supply chain systems with conflicting return and credit policies. Just as bad, you’ll see product categories like smart HVAC systems that work well and deliver returns but just aren’t worth the time and effort. Data centers will have fewer people on site and fewer people in centralized control centers tasked with managing far more servers and other devices than ever before in the past. Unforseen failures and use case scenarios will abound.

And we just can’t respond “it’s the people.”