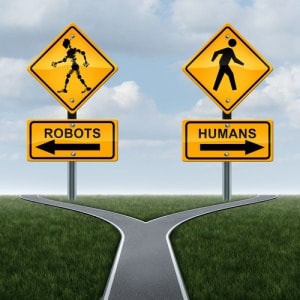 After a series of high-profile crashes involving self-driving cars, support for the autonomous vehicles appears to be dwindling, according to a new survey.

After a series of high-profile crashes involving self-driving cars, support for the autonomous vehicles appears to be dwindling. A new survey published by the Brookings Institute found only 21 percent of people would be inclined to ride in a self-driving car, while 61 percent would not.

This follows the downward trend of surveys over the past 12 months. In May 2017, a Pew Research Center poll revealed that 44 percent would ride in a self-driving car if given the chance. By October 2017, that had fallen to 25 percent in a Gallup poll, and 27 percent in a Reuters poll in January 2018.

As with most self-driving car surveys, 18-to-34-year-olds were the most likely to ride in a self-driving car, with 27 percent inclined to do so, while only 16 percent of people over 55 said they would. Men were more inclined than women, at 28 to 17 percent.

The number of people inclined to drive a self-driving car increased to 28 percent when told they would receive a 10 percent insurance discount.

“This eight-percentage-point increase over the number who said they would be comfortable with no discount suggests ridership can be increased through insurance incentives,” said Darrell M. West, founding director of the Centre for Technology Innovation at Brookings.

When told about the significant number of crashes on U.S. roads and worldwide, only 23 percent said self-driving cars would reduce it, while 55 percent did not. The lack of belief in self-driving cars is dismal for companies like Waymo, which believe self-driving cars may reduce road accidents by 95 percent.

Uber’s fatal self-driving crash is what sparked the most outrage from the media and concerned citizens, but both Tesla and Waymo have had high profile incidents in the past 12 months. This has knocked the confidence of a few tech companies, and force several automotive makers into retreat.

However, progress continues to be made. Waymo recently passed the eight-million milestone and is covering 25,000 miles per day. General Motors subsidiary Cruise Automation is conducting driverless rides for its employees, and was recently valued at $43 billion.