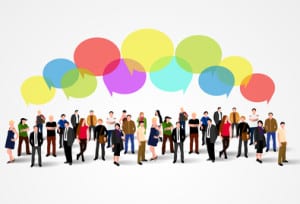 With social media analytics, how do you filter out the noise?

Name of Organization: The All England Lawn Tennis Club Limited

For anyone with an interest in tennis, the Wimbledon tournament is the crowning event of the sport. While still played on a lawn court, the event, first started in 1877, embraces 21st-century technology.

The tournament, held at the All England Club in Wimbledon, reaches a global audience of more than 1 billion viewers and offers more than $2 million in prize money to the singles winners. At its most recent event in July 2016, it attracted 9.6 million visits to its mobile site, up from 8.4 million in 2015, a recent case study relates. The championship also recorded a huge increase in its social media audience from 8.5 million in 2015 to 10.5 million in 2016.

With such a huge social audience Wimbledon needed to be able to keep track of the conversation happening online, in real time, to help manage its reputation and inform decision making during the two-week tournament. The goal was to help social media and marketing teams stay a step ahead and understand how people inside the ground at Wimbledon were talking about their experiences. Wimbledon had partnered with Hill+Knowlton to capture and analyze this online conversation, with a particular focus on conversation coming from the UK, USA and Australia.

Hill+Knowlton, which has provided social media and marketing services for Wimbledon for the past three years, needed to be able to identify conversation from key social media influencers and segment this from general public conversation. The agency was aware of the huge volume of traditional media coverage surrounding the championship, and wanted to avoid tracking the constant sharing of links and reposting of articles flooding the results.

Hill+Knowlton worked with Brandwatch throughout the tournament to provide real-time insights and track trends in online conversation around key themes, the case study explains. The alerts featured in Brandwatch Analytics helped the agency stay on top of what people were saying by delivering notifications about shifts in data. Hill+Knowlton also wanted to be made aware in real-time of increased conversation levels (among the general public as well as VIPs) on pre-defined topics.

Hill+Knowlton needed real-time monitoring was to be alerted whenever there was a sudden increase in discussion around a specific topic, in particular any topic that was trending online. Brandwatch Signals provided Hill+Knowlton with a real-time layer of insights, helping the tournament’s organizer, the All England Lawn Tennis Club (AELTC), make rapid decisions and stay ahead of conversation around the tournament. Real-time email alerts were also sent to the team whenever Brandwatch Analytics recorded notable or unusual social activity around specific topics.

Threshold alerts from Brandwatch Analytics were set up to notify the team whenever a query increased in volume above a preset threshold. Threshold alerts would inform the team as soon as a big spike in conversation occurred, allowing them to keep ahead and be prepared from a reputation management perspective. Hill+Knowlton also produced a daily monitoring report that would be sent to Wimbledon during the tournament, providing a snapshot of conversation throughout each day.

Tweets from key opinion leaders and VIPs were monitored during the tournament, the case study relates. Hill+Knowlton provided Brandwatch with a list of known people whose posts could be tracked with the Brandwatch Analytics social listening platform. Having this list set-up as an Author group within Brandwatch enabled Hill+Knowlton to conduct detailed analysis on the particular influencers and identify what content they are sharing and retweeting, as well as monitor when conversation levels rose. This enabled the team to stay ahead of potential stories.

To help inform decision making and to stay ahead of the news, Hill+Knowlton sent the Wimbledon team daily monitoring reports containing information on important issues and key themes throughout the day. The snapshot reports aimed to provide information that was easy to digest. This also provided the ability to insert word clouds and visual analytics into the daily reports. Graphs and topic clouds from Brandwatch Analytics Dashboards were inserted into the daily reports, which helped easily identify peaks and troughs of conversation on topics.