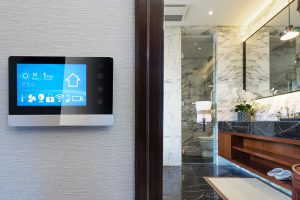 A new survey by Traqline also found that electrical products in the home are controlled with Alexa than by any other IoT product.

A new survey by Traqline also found that electrical products in the home are controlled with Alexa than by any other IoT product.

The study found that smart TVs are the most popular smart product owned by consumers, along with thermostats and home security cameras. 56% of respondents said they are comfortable with IoT technology. 69% of responding households reporting owning at least one smart product and 35% said they have bought a smart product within the last six months.

The study found that 66% of the electrical products category (plug outlets, switches, lamps, and bulbs) are controlled by Alexa, followed by 62% of electronics, 54% of appliances and 50% of security devices.

61% said they were very interested in buying more smart products citing the ease of use and convenience.

Brennan Callahan, a director of National Accounts for Traqline said: “For those smart products owned, over 60 percent of the time consumers are extremely interested or very interested in buying another. This shows the value consumers place on the convenience of smart home products.”