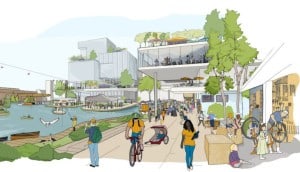 Google’s Sidewalk Labs is beginning to tackle some of the big issues surrounding a fully functioning smart city, including privacy and consent.

The amount of data collected in the smart cities of the future will be like nothing seen before, according to privacy and open government advocates. Not only the scale but the blurring of consent and exchange, is stalling the smart city dream.

Alphabet’s Sidewalk Labs is tackling some of the issues head-on, as it begins preliminary work on Quayside, the company’s first “smart city” test lab.

Located at Toronto’s derelict eastern waterfront, Quayside will collect data on all sorts of public and private services. Run through an analytics platform, the data may constantly improve services, potentially improving the quality of life for the entire area.

That’s Sidewalk Labs pitch, but some are worried this advanced data collection will step beyond the usual privacy and security norms. Knowing how full a bin is and how quickly it becomes full may not seem insidious, but when paired with other data, it can create a vivid profile.

“My job is to make sure that this does not become a city of surveillance, where everybody’s activities are tracked,” said Ann Cavoukian, a Sidewalk Labs consultant that was previously Ontario’s Information and Privacy Commissioner.

Consent is another difficult issue that Sidewalk Labs will have to tackle. There will be no boundaries between Quayside and the rest of Toronto, and we doubt Sidewalk Labs will remove all tracking for people that aren’t residents, as that would mean profiling them.

Sidewalk Labs is hoping that the improvements in quality of life from data collection and analysis will be enough to stop people fighting against the future.

Privacy and consent are such small issues in the day-to-day life of the average Internet user, we doubt there’ll be a change when the same tools are deployed in the real world.