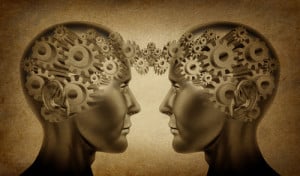 While it often takes some time for newer technologies and approaches to work their way through enterprises and start making a difference, there is early evidence that cognitive computing technologies are delivering on their promises.

A recent analysis suggests that early adopters of the constellation of cognitive technologies – artificial intelligence, machine learning, and natural language processing – are already seeing positive results to their businesses. However, upper management needs more than happy talk before they invest in these technologies in a big way – they need solid proof points.

See also: What’s the difference between cognitive computing and AI?

Some of the paths these companies are taking to success with cognitive success were explored in a recent survey of 324 executives from TDWI Research, which finds 82% of early adopters have measured a positive impact, feel confident there is an impact, or believe advanced analytics is helping their organization. The research was sponsored by SAS, ThoughtSpot, and Vertica.

Granted, these results appear to be based more on anecdotal feelings than hard metrics of performance indicators. Still, it appears things are on the right track.

However, as the report’s author, Fern Halper, vice president and senior director of TDWI Research for advanced analytics, puts it, such optimism may be tempered by the realities of organizational politics. “Organizations tend to believe they will get funding faster than it happens in reality — budget is often an obstacle for any kind of analytics project,” she stated. “It takes time to convince sponsors of the value of a technology and put a plan in place. It takes time to build trust.”

She says TDWI has been tracking the use of predictive analytics in organizations for years now. “If users were able to stick to their plans, more than 75% of organizations would be making use of the technology now. In reality, we see about a third making use of it. In fact, even in this study, close to a quarter of respondents felt that lack of business sponsorship might be a barrier to implementing these technologies,” she said.

For those with no plans to use these technologies, lack of support, lack of budget, and lack of skills were the top three reasons named.

The TDWI study looked at the functional areas in which cognitive computing solutions are being applied. Operations is the leader in the active group, with 58% of respondents using the technologies in operations, including predictive maintenance, equipment optimization, and supply chain optimization.

Fifty-three percent are using the technologies in marketing, which is often an early adopter of more advanced analytics, which covers social media, sentiment analysis, churn analysis and other customer behaviors. IT departments are also the recipients of cognitive technologies, as cited by 48%. IT functions covered equipment failure prediction and security threat detection.