Home / Internet of Things / How Smart Vending Illustrates the IoT 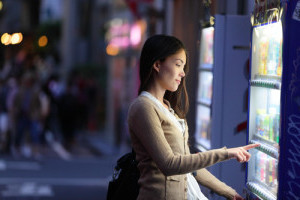 One machine, multiple use cases.

If anyone is confused about the promise and peril of the “Internet of Things,”  a vending machine is a good example.

Vending is estimated to be a $42 billion business in the United States, but walk anywhere and you’ll still see old-style vending machines that accept only quarters. Or maybe the dollar-bill interface doesn’t work, or if it does, it won’t take your rumpled bill.

But let’s say you’re in luck — you’ve got $1 in quarters — only this time, the machine is out of the drink you want. There’s an entire list of roadblocks, in fact, standing between you and obtaining a simple $1 item. And those hurdles aggravate vending owners also, as they mean lost sales.

The most sophisticated operation a traditional vending machine performs is accepting quarters and indicating “sold out.”

But it could be much smarter if given a bit of processing power, an updated interface, and a connection to the Internet.

That’s the approach of Intel, one of the leading IoT companies in the smart vending space. Intel has partnered with Pepsi, N&W Global, and Costa Coffee (the world’s second-largest coffee chain) on smart vending machines. 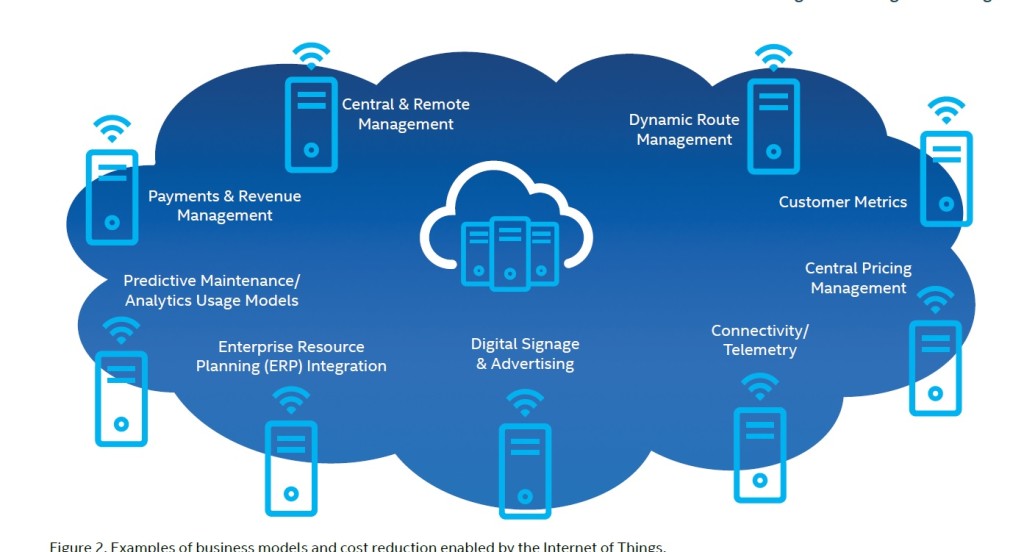 Predictive and condition-based maintenance is a huge IoT use case, especially in the manufacturing, energy, and oil and gas industries. With low oil prices, for example, margins in the oil industry on production have been extremely low. Although vending machines cost much less than an oil well—usually a few thousand dollars—operating margins are also razor-thin with vending. The average monthly income from a vending machine, for example, is reportedly around $25. If the machine is out of service, all monthly income could be lost.

With Intel’s tech, the vending machines are connected to the Internet and stay in contact with operators via the cloud by sending real-time notifications that report any technical or supply problems with text or online messages. 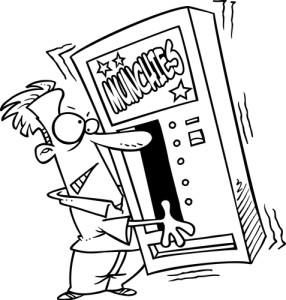 Inventory problems in retail are a huge challenge: Will the store have enough of a product to sell to customers without unnecessary overhead?  Intel offers central pricing management as well as route management with its vending technology. For example, Intel worked with Costa Express coffee bars on vending machines that support telemetry for sending information to vending operators and company headquarters.

The location of a vending machine often dictates the demographics of customers. For example, shopping malls have more young people; hospitals have more elderly; highway rest areas have a broad mix. But unless vending operators “personally study customer interactions, they may not truly know whether the product mix they offer is maximizing sales,” Intel said.

Here, Intel offers an optional “audience impression metrics suite” that shows how vending users are responding to the touchscreen on the vending device.

“The software aggregates viewer statistics by gender, age range, impression counts, and dwell times, information that can be used to play directed advertisements and measure campaign effectiveness, as well as determine lost sales from customers who walked away without making a purchase,” Intel stated in a solution brief. “This is all done anonymously and while respecting viewer privacy,”

Intelligent touchscreen vending machines from Intel partner PepsiCo, for example, have large HD displays for playing commercials, helpful messages, and other content (such as nutritional information). “Users can also charge their mobile devices directly from the machine by plugging into specially designed AC power outlets and USB ports. In addition, users can play an on-screen game (random chance) for the opportunity to win a free beverage,” Intel said in a solution brief.

“It is possible to get customers to spend more by making improvements to traditional vending machines, like cashless payment, cross-selling promotions, loyalty cards, couponing, easy-to-use touchscreens and digital signage, among others,” the company said.

Intel offered another example of how a smart vending machine enables multiple IoT use cases by design:

The design can work with either new or legacy machines, Intel said. Under the architecture, an Intel-processor based platform with a VMI board replaces traditional vending machine controllers, and provides machines with wired Ethernet or broadband wireless connectivity to the outside world.

Vending peripheral control – including temperature and motor — is handled by VMI board, Intel explained. The other main functions – connectivity and telemetry, touch interface, and machine management – are carried out by applications running on the processor-based platform.

A high-level API handles variations in protocols, such as Multidrop Bus (MDB, a protocol frequently used in vending machines). In other words, “the HLAPI allows vending machine manufactures to make rather easy configuration changes to support bus protocols that were modified by peripheral vendors,” Intel explains. (Interoperability is a huge challenge in the IoT, as a universe of protocols exist for different devices).

Intel technologies featured in its smart-vending design include a content management system (CMS) to compose vending messages; its audience impression metrics suite; Intel AMT, which enables remote monitoring, management and in some cases repair of corrupted software; and McAfee embedded control for security. 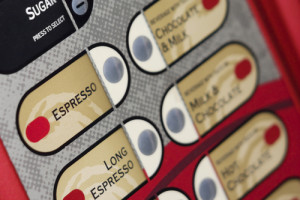 Conclusion: cool stuff, but can you afford It?

As previously mentioned, operating margins in many businesses can be small. Add to that the fact that enterprise IoT projects cost enormous amounts of capital, and no wonder businesses want to see a “fast time to value” for projects.

But a related question is whether businesses can afford not to embrace the IoT. A March 8 report from MIT Sloan Management Review found that the competitive edge of analytics is declining as more businesses deploy advanced software.

“Analytics used to be a competitive advantage, but now it’s becoming table stakes,” Steve Allan, head of analytics for Silicon Valley Bank, said in the study.

Plat.One: Why enterprise IoT doesn’t have to be hard

Keeping track of gear in the London Underground