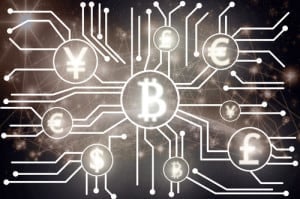 Blockchain technology is still in “wait-and-see” mode where early adopters may have the edge.

IBM has announced three key elements to blockchain adoption that C-suite leaders should consider when evaluating the technology for their companies. At the core of each of these three points is the value inherent in creating a network of trust and visibility that cuts across business relationships and deep into the supply chain.

Right now, the networks between businesses are all built on  trust. Often that trust goes back years or decades, and it’s not easy to build it from ground-up. Given that companies are generally risk-averse, beginning new business with an untrusted partner might be more than some are willing to gamble.

Because the blockchain uses a synchronized ledger of activity that all parties have access to, basic business transactions become more resistant to fraud and tampering.. And because all members need to confirm the transaction before it’s approved, nothing happens without consent.

This, according to IBM, could create collaborations where none would have existed before. New blockchain-driven processes will transform how businesses interact, whether they’ve been working together for years or days.

There is value in a growing blockchain network

IBM points out that business leaders should be aware of the differences, and the pros and cons, of permissioned versus permissionless blockchain networks. The former is a closed and monitored system built for a particular purpose, where every player has a defined role, and there are rules that govern how transactions take place.

Permissionless networks are those that allow anyone to interact with the network—they are truly distributed, but might not be the best option for some business cases, particularly if sensitive material is involved. The Bitcoin network is a popular example of the permissionless network.

Whether a permissioned or permissionless, a growing blockchain network ensures that more partners can participate, come up with new transactions, and build up different business models.

Today, most supply chain networks are defined by primary businesses with transactions that are negotiated by third parties. These relationships add time and cost to every single one of these transactions, but blockchain could bring efficiency back into equation. The technology can cut excess costs by essentially negating the need for third parties, and because the ledger’s details are accessible by anyone within the network, the thread of fraud and other crime is significantly reduced.

These three points, IBM claims, are going to drive blockchain adoption and use across industries.

We’ve seen blockchain pilots in a variety of use cases, such as IBM and Walmart collaborating to better track the pork supply chain in China, DocuSign and Visa trying to make the car leasing process smoother and more trustworthy, and permissioned networks that allow machines to cut out human middlepeople to get what they want—a car paying for its own gas, for example.

There’s enormous potential for blockchain to help secure IoT implementations as well, but many still think proof of the transformative benefits are lacking.

IBM is no stranger to the difficulties and benefits of blockchain adoption itself. The company is part of the Linux Foundation’s Hyperledger Project, and contributes regularly to open source blockchain implementations alongside offering its own enterprise- and cloud-level blockchain services in IBM Blockchain and Bluemix.

In a statement, Marie Wieck, the general manager of IBM Blockchain, said: “The visionaries adopting blockchain today are using the technology to reinvent many fundamental business practices. Working with clients to develop open source and permissioned blockchain solutions for the enterprise, we are seeing firsthand how the technology is revolutionizing the way organizations recognize value and do business with one another.”

Last year Moody’s reported over 120 blockchain projects, but noted there was a “limited track record of large-scale blockchain implementation in a regulated environment, and many hurdles lie ahead before we see widespread applications.”

Right now, it seems that blockchain is struggling to escape the “I’ll believe it when I see it” phase. Business leaders across industries are diligently watching the technology, waiting to deploy it themselves until they can better understand the use cases and benefits.

But without more implementations out in the world, there’s less opportunity for a groundswell of support. But those who are willing to take risks with smaller projects just might find themselves at the leading edge, while others play catch-up. It’s a trend we’ve seen in big data analytics, where businesses are spending big to catch up to their competitors.

IBM, at least, seems to be eager to help businesses find a way to make blockchain work for them.