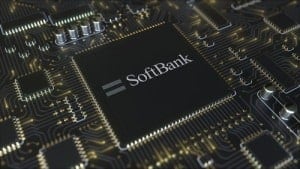 Softbank has succeeded in completing the world’s first connection test in a commercial environment for NIDD which has been defined in the 3GPP for NB-IoT.

Softbank Corp announced it has succeeded in completing the world’s first connection test in a commercial environment for NIDD (Non-IP Data Delivery), which has been defined in the 3GPP for NB-IoT. Industry experts consider NB-IoT the LTE communication standard for IoT devices. The company plans to recruit service providers and begin experimental services in commercial environments.

NIDD technology allows users to send data to IoT devices without using an IP address. It can also enable service providers to create IoT platforms with strong security from end to end. This approach:

See also: What are the most popular networks for IoT?

“We expect NIDD technology to reduce communication load for IoT devices and to accelerate utilization in IoT field especially for those who had difficulty in conventional condition. As NIDD technology corresponds to open standards, it can easily connect to Microsoft Azure IoT platform and enable to implement data management, view and AI features. SoftBank and Microsoft Japan will continuously contribute to accelerating IoT technology utilization in every industry,” says Akira Sakakibara, CTO at Microsoft Japan Co., Ltd. and President of Microsoft Development Co., Ltd.

The introduction of NIDD technology, Category MI, and conventional NB-IoT will allow Softbank to introduce and commercialize devices customized for various industries. Those sectors, which can take advantage of its low power consumption, high coverage, and strong security, include: