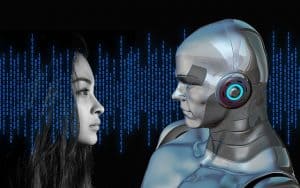 The relationship between humans and machines is being redefined at work, and there is no one-size-fits-all approach to successfully managing this change.

While some still fear the AI world-eater, businesses and employees are becoming more friendly with the tools and algorithms. According to Oracle’s AI at Work study, more employees feel comfortable and are excited about working with robots.

Across the globe, more people have interacted with AI this year than last. In China and India, over 70 percent of respondents said they have adopted AI, while less than 30 percent said the same in France and Japan.

Excitement mimics adoption, with China and India the most excited (over 55%) and Japan, France, the United States, and the United Kingdom the least. Fear of the unknown is definitely in place here, with over 85 percent of workers in India, China, and Singapore saying they trust AI over managers for certain tasks, while less than 60 percent of workers in the UK, US and France said the same.

As we have seen in previous surveys, workers want AI in place of a manager for certain tasks. 34 percent said AI would be better for work schedules, problem-solving (29 percent), and managing a budget (26 percent). Managers wouldn’t disappear however, instead, they would provide soft skills like understanding feelings (45 percent), coaching (33 percent), and creating work culture.

“The latest advancements in machine learning and artificial intelligence are rapidly reaching mainstream, resulting in a massive shift in the way people across the world interact with technology and their teams,” said Emily He, senior vice president at Oracle.

“As this study shows, the relationship between humans and machines is being redefined at work, and there is no one-size-fits-all approach to successfully managing this change. Instead, organizations need to partner with their HR organization to personalize the approach to implementing AI at work in order to meet the changing expectations of their teams around the world.”