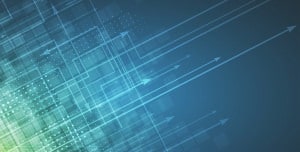 There has been a 47 percent increase in cloud-native developers since the first report was published in May 2020, showing the impressive speed at which the community has grown.

Over seven million developers are now considered cloud-native, and that figure has grown by one million in the past year alone, according to a survey conducted by SlashData for the Cloud Native Computing Foundation (CNCF).

There has been a 47 percent increase in cloud native developers since SlashData’s first report was published in May 2020, showing the impressive speed at which the community has grown.

Just over 60 percent of backend developers use containers, which is also up by 11 percent on the year before. Kubernetes has a higher percentage of users in large enterprises, with one in four “very large enterprises” using the orchestration tool in the backend.

According to the study, Kubernetes is also used by a higher number of developers in emerging areas, such as blockchain, edge computing, and 5G.

“Kubernetes users are professionals to a large extent: nine in ten of these developers identify as such,” said study authors Alexes Mas and Konstantinos Korakitis. “Backend developers who don’t use Kubernetes are less likely to be professionals: only 73 percent are. In general, the backend services sector has the highest concentration of professionals across all sectors we track in our surveys.”

Developer engagement with serverless architecture is changing however, with developers using fewer tools simultaneously. In half a year, the amount of developers using three or more tools has decreased by 19 percent.