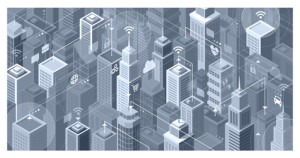 The smart city partnership between the two firms will drive new applications for technologies typically designed to meter water and power.

Real-time analytics deployed at the network edge are about to play a significant role in accelerating the implementation of a variety of Internet of Things (IoT) projects within so-called smart cities.

Itron will initially work with its customers to deploy the EDX platform to predict consumption of electricity and water to enable local utilities to optimally manage limited resources, says SWIM.AI CTO Simon Crosby. But the use cases for the company’s IoT router will continue to expand across a variety of smarter cities scenarios, predicts Crosby.

The alliance with Itron comes on the heels of SWIM.AI existing stealth last month. The EDX platform enables IT organizations to apply machine learning algorithms and other forms of artificial intelligence directly against data being collected at the edge of the network. That data can then be used to, for example, construct a digital twin alongside a physical machine or process. Technicians or analysts can then compare that digital twin to determine how the process should optimally run.

In addition to other forms of augmented reality, SWIM.AI is also betting that many virtual reality applications will also eventually require access to real-time analytics infused with AI to provide the appropriate level of interactivity without being dependent on trying to access cloud-based analytics applications over a wide-area network (WAN).

SWIM.AI also presents customers with an opportunity to feed data back to various data-as-service offerings that are emerging. Rather than consuming raw data fed over a WAN, SWIM.AI will enable those services to consume analytics data that has already been processed locally. In many cases, providers of those data services will pay organizations to access the analytics run locally to augment their existing data sources.

SWIM.AI is positioning EDX as a platform capable of driving a broad range of real-time analytics applications that will require large amounts of local processing. Besides optimizing data for utilities, SMART.AI envisions its platform being used to drive manufacturing applications, predictive maintenance, supply chains, network services and even traffic management.

When it comes to building and deploying analytics applications traditional batch-oriented processes are simply not up to meeting the requirement.

SWIM.AI is betting that over time, even more, IoT applications will emerge that require analytics to be applied in real time using a modern microservices-based architecture that enables analytics to be deployed on the platform as small as a Raspberry Pi processor. “Batch-style processing is quite inappropriate for these applications,” says Crosby.

Traditional batch processing applications are not going to away any time soon, says Crosby. But Crosby says it’s apparent that a raft of emerging applications being deployed at the edge of the network will require a different approach to analytics that needs to be surfaced in real time.

While interest in IoT applications of all kinds has been high, many organizations are just now starting to appreciate the challenges associated with locally analyzing large amounts of data in real time. Cloud-based applications may be able to augment those applications. But without some ability to analyze and then act on data in real-time all those things connected to the Internet are not likely to generate much of a return on investment.