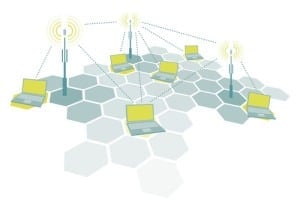 T-Mobile announced the nationwide launch of its new Narrowband IoT network. The first U.S. carrier to launch NB-IoT, T-Mobile is also the first global carrier to launch in the guard bands for superior efficiency.

What Is Narrowband IoT?

NB-IoT is low-power (LPWAN) advanced LTE technology built on the 3GPP standard. It provides a gateway to 5G IoT and boasts long battery life and low cost. T-Mobile’s use of guard bands — the equivalent to driving down a highway’s shoulder — drives efficiency of using network resources. IoT applications won’t have competition from other data traffic.

T-Mobile’s partners continue to work on solutions that use the network to relieve traffic congestion, improve safety, and more.

See also: Report sees other networks rocketing ahead of NB-IoT and LTE-M

“We’re always innovating to bring customers the latest technology, and NB-IoT is the globally-preferred standard to power the rapidly expanding world of IoT applications,” said Neville Ray, Chief Technology Officer at T-Mobile. “So of course, T-Mobile is the first to bring NB-IoT to the U.S., lighting up new capabilities to connect massive numbers of devices at low cost.”

The NB-IoT plan from T-Mobile costs just $6 annually for up to 12MB per device, and several NB-IoT modules using the Qualcomm MDM9206 LTE IoT modem are pre-certified for use on the new network. That’s just a tenth of the price of a comparable network on Verizon. For applications needing additional bandwidth and voice service, T-Mobile offers Cat-1 Access Packs.