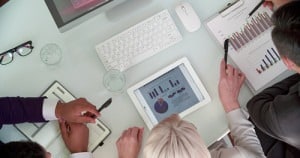 By adding Stitch’s data loading capabilities, Talend looks to make life easier for those considering a move to the cloud.

Talend is making a play for to make it simpler for organizations to move data into the cloud by acquiring Stitch, a provider of self-service tools that Talend will rebrand as the Stitch Data Loader, for $60 million in cash.

The Stitch tools overlap with some capabilities that Talend provides today, but in general Stitch provides a complementary set of capabilities, says Ashley Stirrup, chief marketing officer for Talend. Stitch provides more of a purpose-built lightweight extract, transform and load (ETL) tool that comes with integrations for more than 80 pre-built data sources built in the tool, says Stirrup.

At present, Stitch already has 900 customers that Talend also hopes to expose to its integration platform, adds Stirrup.

In general, interest in moving data into public clouds is accelerating as organizations first look to lift and shift applications into the cloud and secondly seek to aggregate the data required to drive artificial intelligence (AI) applications, says Stirrup. AI models require access to massive amounts of data to train the machine and deep learning algorithms on which they depend. In preparation for building those applications, IT organizations want to provide access to a set of tools that streamlines the ETL process, says Stirrup.

See also: 5 tips to keep from getting trapped in the cloud

As cloud computing becomes more prevalent it’s clear the center of data gravity within many organizations is starting to shift. Most organizations continue to have the bulk of their data housed on-premises. But as more new applications are developed in the cloud the amount of data being generated outside traditional local data centers is increasing rapidly.

Many IT organizations want to be able to expose the data they have been collecting in some cases for years to new applications being developed on public clouds. Others are migrating entire data warehouses into public clouds to increase the amount of data that can be accessed. Organizations may have realized that data is the new proverbial oil, but very few of them have access to refineries capable of processing that data at scale.

To help drive that transformation Talend has also announced a partnership with DataStax, a provider of a managed instance of the open source Apache Spark in-memory analytics framework. Talend also has existing alliances with Amazon Web Services (AWS), Microsoft, Google, and Snowflake.

Tools like Stich make it more feasible for data scientists, data engineers, data stewards, or even end users to migrate data into the cloud without any intervention on the part of an internal IT team being necessarily required. In fact, many organizations are now focused on providing end users access to analytic applications that enable them to analyze data in near real-time without waiting for someone in the IT department to find the time to help them.

The degree to which organizations are trying to aggregate data to drive better, faster business decisions is, of course, uneven. But many cases, there’s a direct correlation between data loading into the cloud easily and achieving that aim. That’s not to say IT organizations won’t play a crucial role in setting up a new generation of data warehouses and associated applications in the cloud. But it does mean that IT teams might not be in charge of generating every report the business relies on to run.