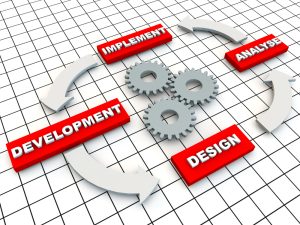 When test-driven development works as planned, it makes the entire code development and implementation process quicker, easier, and less expensive.

Test-driven development (TDD) has become a force in the development world. Like any new approach, it has supporters and detractors. But regardless of where anyone falls, there is one undeniable aspect of TDD: It has made its mark on software design and development.

The following details the major influences TDD has had on developers, producing code and using test cases to authenticate production coding. From coding to development and design, TDD could be a positive influence on your software needs.

There are several ways TDD has benefited software design and development.

Post-code testing is not obsolete, but it does flow easier because of TDD. The reason for that is many if not most of the bugs in the software have been addressed as test cases.

End users hate software bugs. While bug-free software is much like Bigfoot with lots of sightings but no real evidence, it is undeniable that TDD has made it easier to identify bugs and fix them before the end user ever sees them.

Automation in Development Is Improved

In a more traditional software development scenario, code is developed and then debugged. With TDD, development happens in a database environment that allows developers to create a suite of automated tests available for any developer that needs them. Even one-off tests can be saved, and they are ready and waiting if any of them are ever needed again.

Greater automation, and a test repository, have removed the tendency of traditional software tests to be associated with one programmer or one set of production code. Stored scripts and manual tests have the potential to shorten development life cycles while also reducing development costs via standardization of tests, code, and features.

When it works as intended, TDD-spawned production code has fewer bugs and is better designed than code that relies on back-end testing. To get to that point, developers have sequentially tested their code as if on layers. That inevitably leads to a greater understanding on the part of developers of what works and what does not.

TDD means developers will inevitably have a firmer grasp of the architecture behind a system. That makes troubleshooting when new problems arise quicker and more effective.

By testing to fail before developing the production code, developers are creating code that is cleaner because most of the problems with it have already been addressed. Additionally, because it is cleaner, modifications to the code are not the major headaches they once were. Cleaner code is easier to maintain, enhance and migrate.

Production code used to be a hodgepodge of multiple client requests, modules, code modifications, and all sorts of bells and whistles. Code portions were giant and often performed multiple operations at once. If one aspect of that section failed, it could cripple an entire system.

TDD allows for the creation of smaller code with single responsibilities. That way, if there is an issue, the identification and fix for the problem do not affect larger sections of code. That means more uptime for customers even if a problem is being addressed.

The nature of the TDD process forces developers to create tests based on user requirements. In the past, code was written mostly to what the customer wanted. But if it was too cumbersome or challenging, the temptation was to take a “good enough” approach.

With TDD, user requirements define the tests that are needed to improve the system or address client requests. Practically, the end user’s desires factor into development plans before any code is written. Considering user desires before starting code development helps in terms of the overall operational efficacy of the system and helps to build customer satisfaction.

Refactoring has revolutionized the business of code development. Much like how a NASCAR pit crew tinkers with the initial setup of a race car to get as much speed out of it as possible, refactoring lets a developer improve upon what already works (but incrementally).

Even better, it allows a developer to test and retest code without interfering with the overall operations of the code as the end-user experiences it. Testing of new code is separate from the client’s system. Developers upload tested code after it passes all applicable tests. Less downtime means happier customers.

Refactoring also allows for experimentation by developers. With TDD, developers test features of a system individually before being loaded into the system. After loading the system, developers continue to improve the code without the end user knowing it.

In past iterations of IT development, if a developer was unable to be at work or could not work on a specific project, modifications to that project had to wait. Alternatively, a developer had to try and learn what they could about that system and then try to give the customer what they wanted.

With test-driven development, substituting a team member when the regular developer is unavailable is a simple process. There is a very small learning curve because the code is organized to be simple. This easy-to-learn environment is due to the layered approach to testing. Each component is dissected, analyzed, and learned by someone filling in and learning it themselves.

The Negative Impacts of Test-Driven Development

As with any development or management system, TDD has its drawbacks. How serious the downsides are perceived depends on what information developers read.

Here is a brief sampling of a few aspects of TDD, as mentioned by developers:

Test Design Can Be Difficult

Many tests are easy to develop. Some, however, are incredibly complex. More difficult tests require much more work than when basic unit testing is required within test-driven development.

Packing the front end with work means the back end gets pushed off in regards to priorities. That is not a management principle so much as a living reality. With traditional methods of development, teams develop code and then tested it. Systems often got pushed out as testing was ongoing, and end users got to see, feel, and use the system while providing feedback on bugs and glitches.

That could be disastrous, but it also puts something in the hands of a client. TDD delays that effect. It works in most cases, but the reaction will be negative with some clients.

Test suites need constant updating and documentation, or they can quickly become a colossal mess. If a team neglects general maintenance, the test repository becomes confusing. Additionally, documentation processes will be abandoned, which means institutional knowledge about the tests will be lost.

The Concept is Difficult

TDD is not easy to learn. Not only does it require learning an entirely different approach to software development in and of itself, but test-driven development is also a challenging process to master. Being able to write a good test is something that takes a lot of practice.

There is also an immense difference between TDD “on paper” and TDD in practice. Often, simple series of unit tests are more complex (and thus more expensive) than anticipated. There is also a sizable chasm between those that can implement TDD and those that are highly competent in implementing it.

It Requires Teamwork (or Nothing)

Individually, TDD works very well. Team implementation, though, needs everyone to be on board, or the end coding product could be a convoluted mess. It is wiser to forego TDD and stick to more traditional development forms if a team cannot agree on whether or how to do TDD within a specific project.

TDD has a lot of skeptics because there can be a big gap between the concept and putting it into practice. The implementation difference has made it challenging to implement TDD and get an entire team on board to do it. Several misconceptions have become ingrained and need addressing before some people accept TDD as a legitimate alternative to traditional coding and testing models.

Grandfathering In Code is Necessary

Code already in place is almost impervious to TDD architecture unless it is taken down and reengineered.

The same applies to developers. If a developer has 20 years of experience working with traditional coding models, switching to a new one can be challenging. Because test-driven development is so different than previous models, older developers may struggle to understand and master what seems completely foreign to them.

In this scenario, the wisest approach is to initiate extensive, professional training in TDD. This, of course, adds to the overall cost of implementation. But without it, there is a risk that some team members will learn TDD on their own and not implement it properly.

TDD is a powerful, new way to develop code. When TDD works as planned, it makes the entire code development and implementation process quicker, easier, and less expensive. To master it, however, a dedicated team willing to learn is critical. While test concept and design can be a challenge, once your routine is established, you may see a myriad of improvements to your software. This includes fewer bugs, cleaner and streamlined code, and better automation in your development, all thanks to TDD.

Daniel Jackson is a community manager for NI (formerly National Instruments), where they create the tools needed for companies to Engineer Ambitiously™. His current interests are at the intersection of software engineering and DevOps. Outside of work, he is a marathon runner and is working on his first novel. Follow NI on Twitter @NIglobal.