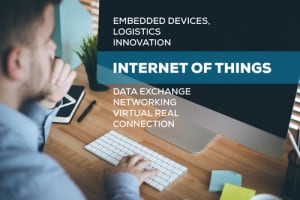 How far along are we on the IoT maturity curve? Is anyone seeing value yet?

That’s the question addressed in a recent study out of MIT Sloan Management Review’s research arm. The survey report, co-written by Stephanie L. Woerner, of the MIT Sloan Center for Information Systems Research and Sukamal Banerjee of HCL Technologies, is based on input from 263 executives, and cautions realizing IoT value is a step-by-step evolution that starts with smaller projects and, if successful, eventually leads to an overhaul of the entire business model.

Banerjee and Woerner walked through the three stages of IoT maturity:

“The low-hanging fruit of IoT involves gathering information from connected devices to improve operations. In this stage, IoT use is limited to a single business function, not a formal business-wide program. For example, fleet operators can sensor-enable vehicles to detect and fix mechanical failures before a malfunction.”

“Leading-edge companies are leveraging IoT data to generate new revenue streams. This is when a centralized IoT platform is essential. An example is building a platform to remotely monitor office equipment around the globe, orchestrating automated replenishment.”

To move through these stages, the co-authors recommend a platform approach to IoT, which opens up capabilities across enterprises, versus one-off or siloed IoT projects. A centralized IoT platform approach enables “full visibility into the data that sensor-enabled assets generate,” and “democratizes data from R&D, manufacturing, supply chain, remote operations.”

In the MIT Sloan-HCL survey, 81% of executives said they have either begun their IoT journey or plan to in the next 12 months. But over 50% of respondents felt they are already behind in fully harnessing IoT capabilities, and 43% said this failure negatively impacted customer satisfaction.

Turn to the chief information officer as the champion to move the process forward, Woerner urged. “At companies realizing the biggest IoT benefits, CIOs spend 52% of their time on innovation,” she related. “They probe for areas within—and outside of—the company that offer new digital opportunities.” At the same time, don’t limit IoT initiatives to the CIO’s office – it needs to be an enterprise-wide effort.

Another important step in moving IoT to full maturity is to invest in IT underpinnings. Companies seeing success with IoT “devote a higher percentage of revenues to digital infrastructure than those receiving a minimal IoT payback,” said Woerner.

Organizational readiness – getting employees on board with the transformation — is another key piece of the equation. “When companies change their business model, the impact goes beyond technology,” Woerner writes. “For example, using IoT data to shift from one-time product sales to subscription and service-based pricing requires training employees — from sales to customer service — to support these new revenue streams.”

Getting started with the IoT: intelligent gateways