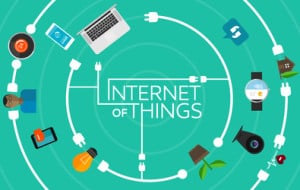 It’s not the “things” that make the IoT great — it’s the services these companies provide to customers.

The Internet of Things (IoT) — whether industrial or consumer — has far wider implications than simply moving data back and forth in real time. It bodes a fundamental restructuring of the relationship between producers and consumers, and even an entirely new business model for producers.

That’s because the value of the IoT doesn’t derive from the physical “things,” nor the networks or software implementations that surround it. Rather, the value will be in IoT services built on top of the physical products – and that will be the challenge facing organizations as they explore its potential. In the process, many organizations are undergoing dramatic transformations, from providers of things to subscription IoT-as-a-service companies.

That’s the word from Sokwoo Rhee, associate director of the Cyber-Physical Systems Program at the National Institute of Standards and Technology, who oversees efforts to standardize and secure this rising phenomenon.

In a recent interview published in [email protected], Rhee explained how IoT can boost competitiveness – but well beyond companies in the tech sector. “A lot of people think that IoT is all about sensors and chips and radios, and a lot of manufacturers think that it means they are going to sell more chips,” says Rhee. “But that’s probably a very small piece of the whole IoT value.”

The real value of IoT, Rhee continues, “comes from establishment of services on top of the connectivity; that’s where the value is going to be. The manufacturers in the industry will have to think about how they can transform themselves to adopt a completely different business model.”

General Electric is an example of a traditional manufacturing company that has learned to leverage the IoT to shift its business model to that of service provider. “GE, traditionally, has been selling jet engines,” Rhee explains. Traditionally, GE would sell an engine, backed up by a maintenance agreement in which they would provide needed repairs. “They’re now changing to more of a subscription model,” he observes; “they practically give the jet engines away for free. However, they charge a monthly or annual subscription, and it comes with a guarantee.”

While quality is always important, IoT adds something else at the core of the value-add GE and other manufacturers provide is trust. “Meaning that if you have this subscription, you don’t have to worry about the repairs or anything like that,” Rhee states. “If anything goes wrong, GE is going to come in and replace the engine. So whenever you turn the switch, you can have a certain trust that it’s ready and the engines will turn on. That’s the model.”

This dramatically alters the relationship between producers and consumers. The relationship becomes more of a collaborative one, rather than a one-time transactional sale of a product. “IoT by definition is about connectivity, so if you do not work together, the value is not going to be realized,” Rhee states. “Because if you do not connect to each other, that doesn’t really generate any kind of value.”

This model – requiring constant, always-on collaboration with customers – means “a new reality” is emerging, and we’ve only caught a glimpse of the major changes ahead. “Now, they’ll have to go to the next step, not just to manufacture through the factory,” Rhee says. “The problem is, that takes a lot of creativity. These are not the kinds of changes where you can copy somebody else’s model and implant it on yours — because, for example, not many companies make jet engines.” Every organization is different, and will require its own unique approach to the IoT opportunity. But they all have one thing in common – the customer has become a 24×7 partner.

White Paper: How to ‘Future-Proof’ a Streaming Analytics Platform
Research from Gartner: Real-Time Analytics with the Internet of Things
E-Book: How to Move to a Fast Data Architecture
The Value of Bringing Analytics to the Edge
IoT Architectures for Edge Analytics
Operational Analytics: Five Tips for Better Decisions