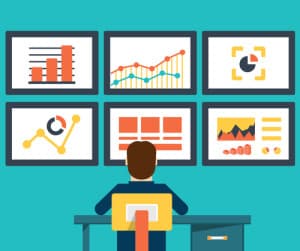 DXC’s CTO points out that many enterprise clients are making substantive changes to how they process data in both real- and near-time.

Beyond tossing around trite phrases such as becoming a software company or enabling digital business, it turns out many organizations are making substantive changes to how they process data in both real- and near-time.

Dan Hushon, CTO for the DXC Technology, the multi-billion consulting firm created by the merger of Computer Sciences Corp. (CSC) and the services arm of Hewlett-Packard Enterprise (HPE) says IT environments are now rapidly being “re-platformed” in a way the provides access to a data lake via a common layer of middleware regardless of the type of analytics being employed.

Analytics applications typically fall into two broad categories, In the cases where the analytics is being driven by machines, processing needs to occur in under a second. Increasingly, those applications are now being referred to as “translytics.” The rest of analytics portfolio usually consists of applications aimed humans and processes that process data anywhere from seconds to minutes. Hushon says one of the biggest challenge facing IT organizations in 2018 as they re-platform IT will be determining which uses cases best fill what specific processing patterns.

The good news, says Hushon, is major advances are being made in terms of making it simpler for both IT organizations and power users to set up sophisticated data pipelines. Because of those advances, Hushon says the biggest advances in analytics in 2018 will involve applications aimed at humans and processes. such as call center applications.

At the same time, however, Hushon notes there will simultaneously be more embedding of analytics in real-time transactions. As all those classes of analytics applications begin to share access to a common data lake Hushon says three layers of IT spanning presentation, the control plane, and the AI-infused models, will emerge.

Hushon says this approach is key because it provides IT organizations with the flexible need to deliver different classes of analytics whenever appropriate.

Hushon says this more modern approach to analytics is first manifesting itself in the cloud because there’s increased reliance on technologies such as graphical processor units (GPUs) to drive these applications. But given the fact that the forces of data gravity are inescapable, it’s also now only a matter of time before this same approach is more widely employed in on-premises environments.

It may take a while for this “re-platforming” of the enterprise to fully play out. But there’s a definite race on between organizations that want to be able to gain actionable insights faster than potential rivals. In fact, for the first-time data is really a true asset versus a cost to be borne by the IT organization. The more data an organization has access to the more informed their analytics applications become.

Of course, when it comes to becoming a data-driven organization technology is only one part of the equation. Organizations will need to focus just as much effort on training people how to intelligently apply analytics within a process. But at the very least there is indeed a real opportunity to turn buzzwords such as digital business into a new actual IT reality.