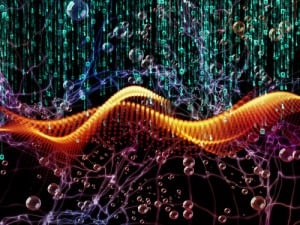 After being “in production” for a while, TimescaleDB’s 1.0 launch makes it official for the time-series database firm.

The company, jointly headquartered in Sweden and the U.S., announced the release of version 1.0 against the backdrop of the Strata Data Conference in New York. TimescaleDB Co-Founder and Chief Technology Officer Michael Freedman presented at the Strata conference on data management and analytics with Postgres.

TimescaleDB, an open source database that scales SQL for time series data, launched in April 2017. Though the product has been production-ready for some time, the company chose to announce its first release candidate for TimescaleDB 1.0 at the Strata conference.

The timing of the announcement coincides with TimescaleDB reaching key milestones in its maturity and readiness. It recently surpassed 1 million downloads and 5,000 GitHub stars.

The 1.0 unveiling also comes as TimescaleDB chalked up notable clients for its enterprise time-series database. The platform has added such production users as Bloomberg, Comcast, Cray, Cree, and LAIKA.

“Based on all the adoption we’re seeing, it’s becoming clear to us that all data is essentially time-series data,” said Ajay Kulkarni, Timescale Co-Founder & CEO. “We’re building TimescaleDB to accommodate this growing need for a performant, easy-to-use, SQL-centric, and enterprise-ready time-series database.”

Part of the database system’s appeal is due to Timescale’s decision to build its database system on top of Postgres, a popular open-source SQL database, rather than start from scratch. One advantage of using Postgres as a base is that it adds another layer of reliability to the software.

“Because TimescaleDB is an extension of PostgreSQL, we’re now starting to expand the scope of the metrics storage to power executive dashboards and advanced analytical functions that our prior NoSQL solution couldn’t support,” said Chris Holcombe, a production dev engineer with Comcast.

Timescale, which raised $16 million in funding in January, built its TimescaleDB for optimal speed and scale, with an ability to return lightning quick responses to complex queries. The company says Version 1.0 can ingest millions of data points per second while scaling tables to 100s of billions of rows and 10s of terabytes.