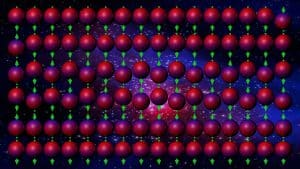 The goal of the collaborative project is to establish a novel platform for quantum computing that is truly scalable up to many qubits.,

A team of researchers at the University of California, Riverside has received a $3.75 million from a research and training award scheme to make quantum computing scalable.

Currently, quantum computing is still in the infantile stage, but experts believe in the next five years we will reach a stage where quantum computers outperform a classic computer. Google has already claimed that feat, although IBM and others dispute it.

See Also: Corner the Market: How AI and Quantum Computing will Revolutionize the Speed and Scale of Trading

Once we reach that stage, researchers will want to be able to use quantum computing for all types of research, problem-solving, and program integration.

The issue is quantum computing suffers from high error rates, especially as more qubits – the basic unit of quantum information – are added. Even the slightest bit of interference can lead to botched results, which is why most quantum machines are isolated from other electronic equipment and chilled to zero degrees.

“The goal of this collaborative project is to establish a novel platform for quantum computing that is truly scalable up to many qubits,” said Boerge Hemmerling, an assistant professor at UC Riverside and the lead principal investigator of the three-year project.

“Current quantum computing technology is far away from experimentally controlling the large number of qubits required for fault-tolerant computing. This stands in large contrast to what has been achieved in conventional computer chips in classical computing.”

UC Riverside is not the only college working on quantum computing, last year the UK government announced £94 million ($120 million) in funding for finding commercial applications for quantum technologies. A Nature investigation found millions being poured into quantum research, more than doubling from 2016 to 2018.