The latest version of the smart data catalog is designed to help enterprises with multiple petabytes of data manage it and gain insights. 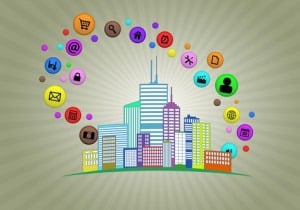 Waterline Data has announced the release of Smart Data Catalog (SDC) 4.03, the latest version of its data management service. SDC is touted as a powerful data catalog that offers native support for cloud, big data and RDBMS platforms along with multi-petabyte scalability and expanded support for new partner integrations and data sources.

The company says it can replace data identification, contextualization and rationalization with a streamlined, automated process that leverages crowd-sourcing and machine learning. According to the company’s release, it can govern data and quickly make it available for self-service analytics, classify and organize data assets and linage, and convert stagnant and used data into discoverable assets. It can also do the same with previously unknown data.

Smart data as an enabler

“It has become clear that the data catalog is a fundamental enabler – not just for data management within a data lake, but also for a variety of related business use cases – and Waterline Data has been at the forefront of helping enterprises unlock the value of data with its Smart Data Catalog,” said Matt Aslett, research director, Data Platforms and Analytics at 451 Research.

“The company continues to evolve its product with the addition of machine learning-based automation, improved scalability, and native support for both cloud-based and on-premises big data environments,” Aslett said.

In its announcement, the company said Waterline is the only data catalog with native support for all on-premises and cloud big data environments, With this latest release, that support has expanded to include Google Cloud Platform, Azure, and multiple S3 environments to enhance its previous support of AWS EMR and AWS S3 standalone environments.

The company has also added support for MapR in addition to Hortonworks and Cloudera. Waterline is said to have helped customers reduce their data processing time by as much as 10X.