Home / Big Data / Who Leads in the Race for Better Master Data Management? 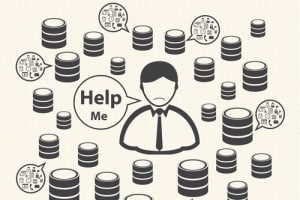 The Internet of Things has opened a greater need for master data management.

The master data management (MDM) industry has existed for a number of years, but, according to a recent Magic Quadrant report from Gartner, the industry is in rapid and dramatic flux. After following the progression of individual players for a number of years, Gartner believes that soon, 80 percent of all MDM revenue will be driven by support and consulting for MDM products, which is up from 15 percent in 2015.

The newest Magic Quadrant examines MDM industry leaders to determine which are striking the right balance between their ability to execute and the completeness of their vision.

For those not in the know, MDM solutions are software products that help companies link and synchronize master data and provide a central, persisted system of record. They aim to improve visibility and improve governance by workflow-based monitoring and the ability to take corrective action.

The newest Magic Quadrant looked at how each of the solutions instantiates master data, allows customers to use and construction the data, the latency and accessibility of master data, and even the size and physical location of the “golden record” itself. All the vendors have more than $15 million in revenue for MDM implementations and support operations in at least two of these regions: Americas, Europe and Middle East, Africa, Asia, and Australasia.

How the competition stacks up

At the top of the heap is Informatica, followed closely by Orchestra Networks—Gartner considers these two to be the only market leaders.

Informatica was praised for the sheer size of its MDM operations and continued investment in its core multidomain MDM platform. It has “the most extensive network of implementation partner firms of any vendor in this Magic Quadrant,” the report states. One hiccup was due to marketing—many early clients thought Informatica offers a physical product, when it is actually a vision and strategy involving multiple products.

Orchestra Networks is a smaller operation than Informatica, but its revenue grow 23.6 percent in 2015 and its EBX5 integrated MDM solution scored very highly among a customer survey. Orchestra also ranked best-in-class for the total cost of ownership (TCO).

Right in the middle were Riversand, IBM, SAP, and Stibo Systems, which were all closer to average in their completeness of vision and ability to execute. Riversand is the only “visionary,” and Stibo Systems and SAP are considered strong challengers who could become leaders if they improve their market understanding, innovation, and vertical/industry strategy.

It’s surprising so see some major players—IBM and Oracle, most notably—occupying the “niche players” category, given the size of their overall operations. They are well-integrated and can make major investments, but customers have difficulty with product positioning and tend to be less happy with the performance of MDM deployments for large enterprises, according to the report.

What Gartner was looking for

As mentioned before, Gartner looks at two evaluation criteria: ability to execute and completeness of vision. Only the companies that get both right can be considered industry leaders.

On the completeness of vision side, the company needs to prove that it understands the market in terms of what their customer need, and can create solid strategies around marketing, sales, and products. If they innovate and have a sound business model on top of that, they’ll perform strongly.

What does this ‘Quadrant’ mean for the industry?

MDM is becoming more popular as companies desire a hub where they can access all their data from various disparate systems. Gartner says that many companies tried to use their ERP systems to create this “single view,” but those “were not designed to support MDM, so they either failed or proved too costly to maintain.”

Gartner says that the shift toward MDM is “slow but steady,” but that the market itself is going to evolve quickly and in a number of complex directions. The number of MDM providers is sure to grow as current MDM implementations struggle to gain traction or fail completely. There’s confusion about the technology behind these implementations as well, particularly when companies want to incorporate unstructured data, social data, and more. And because an MDM program requires a good deal of change management, it’s difficult for companies to understand if their program is succeeding.

But, with IoT projected to grow to almost 21 billion devices by 2020, plus $3 trillion in associated spending, the fundamental need for MDM is accelerating. If anything, there is still a good deal of opportunity for new players to enter the market, break free from their niches, and become the kind of leaders that will carry the industry into its next IoT-enabled era.

IoT analytics: how to move from data integration to actionable intelligence