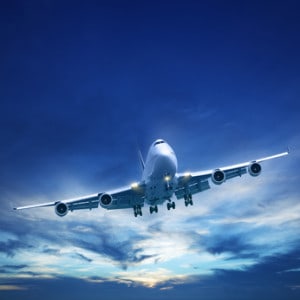 Aircraft tend to remain in service for 25 to 30 years or longer. Often, the aircraft may be out of production, creating challenges with finding spare parts. The challenge for one aircraft manufacturer was to improve their spare part inventory management for out-of-production aircraft.

Customers needed stock parts that couldn’t be sourced since they were never required to be repaired or replaced on the aircraft. The parts that would need to be produced on demand have a long lead time for production—typically up to six months—resulting in grounding aircraft and an increase in operating costs. As a result, the manufacturer needed to anticipate which of their spare parts would fail before an issue was communicated, leading to better inventory planning, supply chain decision making and a reduction in operating costs.

The company also wanted to know whether or not to purchase more than one spare part at a given time when a problem had been reported, whether or not they should stock a certain spare part in advance due to the long lead time, and whether or not they could reduce the number of service engineer hours spent answering customer questions about the stock parts by having better access to information.

Stocking decisions were also made difficult because of limited communication between the spare parts management employees and the service engineers, resulting in high levels of “dead” stock for the manufacturer.

How This Business Opportunity or Challenge was Met:

The manufacturer developed a spare parts lookup system that provides needed information at the moment it is required. Previously, with the manufacturer’s standard inventory management system, engineers or maintenance teams had to wait hours or even days for details on needed parts. To accomplish this, the manufacturer’s data team brought together 15 new data sources comprised of both structured and semi-structured data sources.

The vendor provided an associative memory-based, unified knowledge of entities across these data sets to identify patterns of similarities for other stock parts previously reported as problematic. Service engineers can type a free-text description of a problem into a query or take a customer’s entire email and use that as a query. If a particular problem is queried, all of the similar problems that have occurred prior are reported in order of nearness.

Using model-free similarity analysis, Saffron identifies parts requiring repair or replacement to anticipate which ones would be needed in inventory. The platform identifies instances where there was an increase in activity for a certain stock part by analyzing data where aircraft operators had previously communicated issues with these stock parts.

The system employs an application programming interface (API) to connect a natural intelligence platform to the aircraft manufacturer’s user interface (UI). The system engineers at the aircraft company designed a simple front-end application enabling their customers (i.e., end users) to visualize the results of the queries through three principal vectors around 1) spare parts, 2) maintenance actions, and 3) individual aircraft numbers. When a query is made, the application makes calls against Saffron’s API and shows the query results in text-based form, which is their preferred method.

The new system has delivered $100 million of cost savings against inventory. Average request time has been reduced from four hours to five minutes. The new platform allowed for considerable reduction of time spent by service engineers to answer customers’ questions.

The aircraft manufacturer eliminated hundreds of millions of dollars wasted through operational inefficiencies while creating new revenue streams for the company. The client was also able to sell “dead” inventory which wouldn’t have otherwise been utilized, driving new revenues.

EDITOR’S NOTE: To submit a case study on behalf of your company, please see our Submission Guidelines and Template for Case Studies.

Liked this article? Share it with your colleagues using the links below