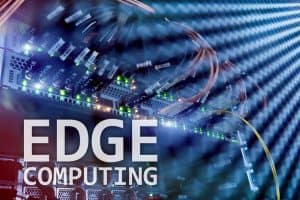 Many businesses are now exploring how edge analysis is different from conventional data processing solutions and how it could be beneficial to their operations.

Edge analytics introduces and brings up an approach to data analysis in which a preset analytical calculation is executed on data instead of transferring it back to a consolidated data store. It makes sure that the process of data collection, processing, and survey is carried out right at the edge of a network in real time. This allows business enterprises to set required bound and strictures on which information is worth conveying to an on-premise or a cloud data pool for future use. Ever since edge analytics has come into play, solutions providers around the world have been taking recourse to the approach, along with cloud, in order to deal with piles of IoT data.

A number of researches have been conducted, and research teams across the world have come up with best insights and intuitions about edge analytics. When it comes to putting up a strong IoT solution, edge analytics strategies have proven to be beneficial in more than one way. Some edge analytics benefits offered to businesses include:

Faster pace: For most of the business organizations, speed or pace is considered as the most important parameter to their core business. For example, the dependency of a financial venture on high-bandwidth exchange procedures means that an interruption of mere milliseconds can end up giving way to undesirable consequences. In the healthcare sector, losing track of even a few seconds can lead to dire sequels. And, for companies that offer data-related services to consumers, dawdling speed can prove to be mayhem, as it would disappoint the customers and cause indelible damage to the brand. So, quite naturally, speed is no longer just a viable advantage; rather, it is one of the best practices every business should hold on to.

At the same time, the most significant advantage of edge computing is its aptness and potential to shoot up network performance by minimizing unwanted remission and suspension. The fact that IoT edge computing devices happen to develop data sectionally curtails the need for the collected information to travel as far as it would have to under a conventional cloud structure.

Flexibility: As business enterprises start growing, it’s not always possible for them to perfectly calculate the IT infrastructure essentials, and setting up a keen and out-and-out data center is also a big-budget proposition. The advancement in cloud-based technology and edge computing, however, have made it pretty much hassle-free for enterprises to gauge their operations. Gradually, calculating, loading, and analytics capabilities are being rolled into expedients with smaller footprints. Edge analytics allows organizations to magnify and multiply the network’s scope and abilities.

Reliability: While the propagation of IoT edge computing strategies escalates the attack surface for networks, it also doles out an array of security leads. The conventional cloud computing structure is innately consolidated, which makes it quite susceptible to DDoS (Distributed Denial of Service) attacks and power disruptions. Edge computing metes out dispensation, storage, and applications across a wide variety of data centers, which makes it difficult for any single interference to dismantle or affect the network.

Adaptability: The adaptability and flexibility of edge analytics also make it extremely versatile. By consorting and associating with local edge data centers, business ventures can now easily fix on appropriate markets without having to capitalize in costly infrastructure development. Edge data centers make it possible for them to serve the end-users competently with minimum latency. This has proved to be highly useful for content providers looking to drop-ship non-stop streaming services. Simultaneously, it also endows IoT devices to accumulate considerable amounts of actionable data. Instead of awaiting resources to log in with their devices and connect with integrated cloud servers, edge computing devices are always tethered in and always engendering data for future examination.

Now, coming to edge architecture, the deployed devices are categorized into three different types, namely edge devices, edge gateways, and edge sensors & actuators. As versatile devices, edge devices tend to flick full-grown operating systems. The example of Android or Linux can be cited in this regard. After they obtain the data from respective sensors, they run a computation on the same and send the required information to actuators. They can also be bridged to the cloud either directly or through the facilitation of an edge Gateway.

Edge gateways, on the other hand, have an untrammeled power supply, greater CPU power, and advanced repository system. Hence, they can act as mediators between the Edge Devices and cloud, thereby providing added location management services.

These devices pass on particular divisions of raw or pre-treated IoT data to services running in the cloud, including storage amenities, machine learning, or interpretative services. They accept special directives from the cloud, such as alignments, data inquiries, or machine learning prototypes. Edge sensors are special-purpose devices connected to the gateways directly or via energy-efficient radio technologies.In the last few years, edge analytics has started going deeper and paved the way for the next-gen technology. With this high-end advancement on board, machine learning and deep learning have also gone through numerous planes of representation via neural networks that have already been in use for decades.

Now, the question arises, if deep learning procedures used in edge analytics capitulate more competent and more effective results. According to some recent surveys done in this measure, all the implied IoT efforts would ultimately combine streaming data with machine learning, hastened by distinct or cohesive processors. By incorporating deep learning with edge analytics, devices have now become able to sieve redundant data in a more effective manner, thereby saving money and time to a significant extent. Here, it’s worth mentioning that one of the most propitious domains of assimilating edge analytics and machine learning is video analytics.

However, the fundamental idea is that edge analytics enacts disseminated video data filtering, and takes into consideration the documented & chronicled data from the camera and executes the required calculations in real-time. Once the smart identification features of a single camera are increased, and the cloud computing processing gets enabled, the infiltration efficiency rises to a significant extent, thus turning down the manpower requirements simultaneously.

Neural network algorithms incorporated into frontend cameras can extricate required data from a human, vehicle, and other objects, which, in turn, help in perking up the perfection as well as precision of video analytics. Moreover, relocating analytics processing from backend servers and placing them into the cameras require end-users to be provided with appropriate real-time data analysis. Edge analytics helps in identifying anomaly behavior and alerts for emergency incidents, which, otherwise, wouldn’t have been possible with backend servers.

The petroleum companies have also started using digital technologies like edge analytics for oil and gas equipment to keep an eye on the entire surveillance process and enrich productivity in the manner. Downtime for any manufacturing venture can be detrimental to its productivity. Also, in terms of cost, downtime proves to be really worse. According to several studies, oil and gas operators can incur a huge loss on account of downtime. And, this downtime mostly ensues as a result of equipment failures. Petroleum organizations are now taking recourse to IoT devices and sensors to constantly accumulate data about their equipment and evaluate & invigilate them frequently. At the same time, with the rise in the deployment of IoT devices, the number of collected data is also increasing to a significant extent, and simultaneously, the need for them to be stored in the cloud has also soared up. Thus, petroleum companies are keeping their IoT data on par with edge analytics. This way, when the cost of the transfer can be reduced, the chance for any sort of equipment failure can also be predicted in advance.

IoT sensors are fabricating a constant beck of data that cannot be properly managed with the help of age-old storage systems and technologies. Therefore, businesses have started relying on cloud to store the same. However, transmitting data to the clouds and back to the respective ventures is quite costly, as it calls for large bandwidth. Here, edge technology comes as a savior by making data available locally. It means that enterprises can then determine whether to drive the data to clouds or remove the same if it’s inappropriate.

For example, Olea Edge Analytics is set to announce new software and hardware for dredging up damaged water meters. As stated in a news release, Olea has suggested placing optical, revolving, and quivering sensors on water meters, so as to when one device declaims the meter’s dial, the other one can detect the water flow in the pipe and keep an eye on the meter’s rotation. The sensors are also attached to an EdgeWorks software platform with deep learning computations— the “edge computing” module of the system — which, in turn, gives proper speculation about how a meter is erroneous, and how it can be fixed.

Koyel Ghosh is a writer with  Allied Market Research with a strong passion and enjoys writing on miscellaneous domains, as she believes it lets her explore a wide variety of niches. She has an innate interest for creativity and enjoys experimenting with different writing styles. A writer who never stops imagining, she has been serving the corporate industry for the last 3 years.