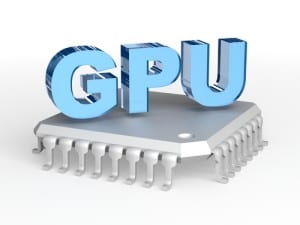 A turbo-charged version of PostgreSQL uses GPUs to massively accelerate what the popular database already does so well.

Not only is PostgreSQL the fourth most popular database currently in use, according to DB Engines, its popularity is growing faster than any other database in the top 10, including MongoDB and Elasticsearch.

To list just a few of the more widely used features and benefits of PostgreSQL:

To top all of that, PostgreSQL’s popularity is boosted again by the fact that it can directly access third-party data sources like Oracle, MySQL, MongoDB and many others. It is this capability of easily interacting with multiple existing data sources that makes the enterprise firms that have multiple data sources love PostgreSQL.

It’s no wonder, then, that many applications today run on PostgreSQL – from CRM solutions like Salesforce to financial accounting applications like LedgerSMB. From Google and VMware to Apple and Skype, PostgreSQL has powerful friends.

All of that is, of course, great, but what many do not know is that there is now a turbo-charged version of PostgreSQL available that uses Graphics Processor Units (GPUs) to massively accelerate what PostgreSQL already does so well.

Why a GPU database running under PostgreSQL is clever idea

Companies have data warehouses and business intelligence stacks that are either built on some version of PostgreSQL or a relational database that uses SQL at its core. When they look to get more from these investments and reap the benefits a GPU database delivers, it makes things a lot easier when the GPU database can integrate easily with an existing investment.

A lot of time and effort has already been invested in the current status quo, by using a GPU-accelerated database that works with PostgreSQL, these investments can be turbo charged and deliver even more value, but it is essential that the new database offers seamless integration and doesn’t require the overhaul of legacy systems. After all, what’s the point of introducing a GPU database if a lot of time has to be spent reinventing the wheel?

As you can see, there are many cost, time and speed benefits of having your GPU databases run on PostgreSQL so as companies, specially ones with legacy systems, evaluate which GPU database to choose, they should consider a database working on PostgreSQL.

Richard Heyns is CEO of Brytlyt. He was responsible for the initial and ongoing research in bringing processing database operations to General Processing on Graphics Processor Units. He has 15 years of experience working on large business intelligence, big data projects and software development.