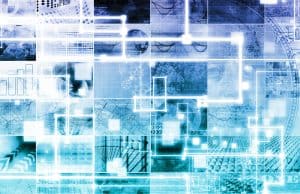 At an SAP Tech-Ed conference, SAP launched a bevy of data management initiatives aimed at making it easier to enforce schema and semantics across massive amounts of data stored in the cloud.

As the core of that effort is SAP Data Warehouse Cloud, which makes it possible to natively query data residing in an SAP HANA database or in a cloud storage system using SQL. Scheduled to be generally available in the fourth quarter, the goal is to provide organizations with a rich semantic layer across massive amounts of data that ultimately saves organizations from building data lakes only to see them become an unusable data swamp, says Gerrit Kazmaier, executive vice president for SAP HANA and analytics.

As part of that effort, SAP also revealed today that SAP Analytics will now come embedded within the SAP Data Warehouse to reduce the number of data sets any one organization needs to manage.

Finally, SAP also announced it will make a beta version for a 4.3 release instance of SAP BusinessObjects Business Intelligence suite. SAP promises it will be easier to use along with instances of the SAP HANA database. Before the end of this year, this will enable organizations to deploy the SAP HANA database at greater scale on top of Kubernetes clusters.

In general, Kazmaier says the cloud has proven itself to be the platform where data can be stored more cost-effectively. The challenge organizations face is that in the absence of a semantic layer that scales independently of data sources, many of them are now discovering they have created data swamps that are both difficult to efficiently query and govern, says Kazmairer.

“This is where digital aspirations meet operational reality,” says Kazmaier.

Additionally, Kazmaier notes it is apparent organizations are struggling to determine which of processes need to be processed in memory to enable, for example, a real-time customer experience versus those that can be continued to be processed within the context of batch-oriented applications.

Rather than continuing to invest in Big Data platforms that were designed to store data efficiently in an on-premises environment, SAP is making the case for a Big Data platform based on HANA databases that combines relational and columnar database formats within a single cloud platform. That platform is also extensible in that it enables organizations to take advantage of additional services such as machine learning models and integration platforms that SAP provides to connect both its own applications and third-party applications to each other.

Altogether, SAP says it already has more than 2,000 customers accessing an SAP Data Warehouse service that houses petabytes of data. The challenge now is to convince a much larger base of potential customers to forego previous investments in Big Data platforms that lack a semantic model that dynamically scales up and down alongside the rest of the business.