Home / Analytics / Why Python is Best for AI, ML, and Deep Learning 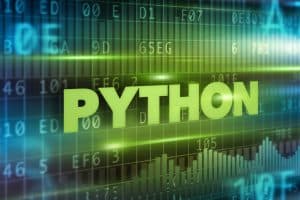 The Python programming language has been in the game for so long, and it is here to stay.

Artificial intelligence projects are different from traditional software projects. The difference lies in the technology stack, the skills required for AI-based projects, and the need for in-depth research. To implement AI aspirations, you need to use a programming language that is stable, flexible, and has available tools. Python provides all of these, which is why we see many Python AI projects today.

Python facilitates developers to increase the confidence and productivity about their developing software from development to deployment and maintenance. The benefits of making Python the perfect solution for machine learning and AI-driven projects include simplicity and consistency, flexibility, access to powerful AI and machine learning (ML) libraries and frameworks, platform independence, and large communities. These things increase the popularity of the language.

See also: Why Python is Essential for Data Analysis

A good selection of libraries is one of the main reasons why Python is AI’s most popular programming language. A library is a module or group of modules released from different sources (PyPi). It includes a pre-written code segment that allows a user to use a particular function or perform various operations. The Python library provides base-level items, so developers do not have to write code from scratch every time.

Machine learning requires continuous data processing, and Python libraries allow you to access, process, and transform your data. These are some of the most extensive libraries available for AI and ML.

Python is easy to use, learn, and it is versatile too. It means that Python, which is used to develop machine learning, can run on all platforms, including Windows, Linux, Unix, macOS, and 21 others. To shift the process from one platform to another, developers implement some minor changes and modify a few lines of code to create executable code for the selected platform. Developers can use software packages such as PyInstaller to prepare code to run on different platforms. That saves time and money on testing across other platforms and makes the process easier and more convenient.

Python code is easy to understand and read. ML and AI support complex algorithms and common workflows, but Python’s ease of use allows developers to create reliable systems. Developers do not need to spend energy and time on language technicalities but can find Machine Learning problems. Another reason that attracts developers to use Python is its simplicity and ease of learning. Python is written with simple code and can easily create models for machine learning.

For some programmers, the great advantage of Python is that it is more intuitive than other programming languages. Different features, various web frameworks, libraries, and Python functionalities that simplify applications are advantageous. Python seems to be an excellent place to collaborate when several developers participate in a project. It is a universal language that can perform many complex machine learning tasks. Developers can quickly develop a prototype and test their products for machine learning purposes.

We have mentioned that Python comes with many libraries, some of which are great visualization tools. However, AI developers need to point out that it is vital to represent data in a human-readable format in AI, deep learning, and machine learning.

There is a shortage of programmers around the world. Python is easy to learn a language – the barriers to entry are very low. Multiple data scientists can learn Python quickly to participate in machine learning projects. Believe it or not, Python is so similar to English that it’s easy to understand. Thanks to the simple phrase structure, you can confidently use complex systems.

Python has a large user community worldwide, and these communities are always helpful when coding errors occur. In addition to a large group of supporters, it also has multiple communities, forums, and groups where programmers can post questions about language to help each other. Having an active developer community is very useful for solving coding errors. These groups and communities include Python.org, GitHub, and Stack Overflow.

Python is easy to use and supports various libraries and frameworks, making the language more versatile. However, it works in two categories.

One could say that there are multiple other appliances where Python cannot stand. For instance, it may be tough to program hardware-level or operating systems applications in it, and it can be challenging to provide this language to the SPA front end. However, it works very well on the backend.

Python is easy to read and understand, so Python developers have no problem understanding, modifying, copying, or pasting peer code. There is no confusion, errors, or inconsistent paradigms when using Python. That facilitates the efficient exchange of algorithms, tools, and ideas between AI and machine learning professionals. Tools like IPython provide other features like testing, debugging, and tab completion to simplify your workflow. That is why Python’s machine learning portfolio is the future of programming.

Python is becoming the most common programming language in the world. It is the choice of many well-known brands (such as Google, Amazon, Quora, Facebook, and Netflix) because of its simplicity, versatility, and ease of maintenance. They are usually used for some of the most exciting and innovative technologies, such as artificial intelligence, machine learning, and robotics.

Python is in high demand in universities, and it has become the most popular introductory language. It is learned by skilled developers who want to expand their skill set. More and more companies and people are using Python. More resources have been created around it to help developers complete complex tasks without encountering coding problems.

AI, DL, and ML have a massive impact on the world we live in, and new solutions emerge every day. Businesses know there is no better time to invest in these technologies. Therefore, learning Python takes hours of work to build applications and systems. Given all the advantages of Python over other programming languages. it is clear which programming language to choose for AI, DL, and ML.

Sujith Kumar is a professional IT Faculty member, having more than 18 years of experience with Edoxi Training Institute, Dubai. He schedules classes into facilities and provides software instructions.  He spends most of his free time learning new software skills.