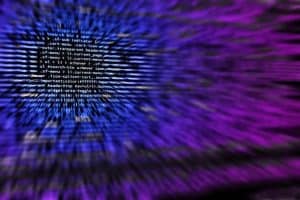 According to a developer’s result survey, Golang language skills are proven to be one of the highest-paid programming skills.

With so many popular programming languages, and the fact that transitioning over to a new language takes training and possibly hiring new programmers, why should you be using Golang?

Although Golang is still a relatively new language, it is quickly becoming the choice for development. Go is an open-source programming language that provides developers with all the necessary tools within Go itself, thus remarkably reducing the time and cost of app development and support.

Go is an open-sourced programming language that was first published in 2009 and developed by Google’s Rob Pike, Robert Griesemer, and Ken Thompson. Based on the syntax of C, it comes with some changes and improvements to safely manage memory usage, manage objects, and provide static or strict typing along with concurrency.

Go was created with the goal of:

Many notable companies have already adopted Golang, including Google, Apple, Facebook, and BBC. To find out exactly why you should use Golang, let’s take a distinct advantage.

The Advantages of using Golang

Go has the same performance as C, but it is much easier to maintain than Java. Without the need for a virtual machine, Go boasts easier maintenance and no warming up period. These and many other characteristics are what make Golang stand out from its competitors. So, let’s have a look at some of the other advantages when using Golang.

Its speed: Because Golang is a compiled language, any code written within Go actively compiles into a format the processor understands. Other languages such as Java are compiled into bytecode, which is executed by the virtual machine. Go enhances the availability and reliability of services as it has been proven to be faster than other languages such as Java or Python

Golang is easy to grasp: Due to its same procedural approach, it is easy for software developers to familiarize themselves with Go, particularly if they have a foundation in C or Java.

Golang is fully concurrent and more stable: Golang has Goroutines that take up as little as 2kB of memory. These basic functions can run simultaneously and independently, making multiple processes possible when the need arises. Unlike Java threads that consume large amounts of memory, Goroutines, which are used instead of threads, require much less RAM lowering the risk of crashing due to lack of memory.

This also allows for older devices to enjoy Go-based apps due to the simple fact that they have less demanding system requirements.

Go Developers are easy to find: Market research has shown Go to be the most in-demand coding language across the globe. By placing Golang at the forefront of your development strategy, you can access a repository of talent that will only increase with the ever-growing demand.

Accessible development tools: Development tools are readily available in the forms of plugins, editors, or IDE, all available for download from a Go repository. Due to the simple fact, Go is an open-source initiative.

Go Offers easy support: Aside from having code that easy to learn, Go offers developers to use several tools to work with.

The Disadvantages of using Golang

Despite being the most in-demand language on the planet, you may need to consider some factors before you make the switch to Golang.

Prolonged Coding: With Go, programmers may need to code dozens of lines to achieve what could be done in far fewer lines in Python. When your team is rushing to meet a deadline in software creation, this prolonged coding can be a serious concern.

Lack of existing libraries: Despite being introduced in 2009, Golang is still a fairly new language. It’s lack of SDK and 3rd party interfaces often burden programmers with having to write extra code to combine multiple programs. Furthermore, because Go doesn’t have its own GUI library, programmers may struggle and require a fair amount of knowledge, especially when interfacing with other platforms.

Five reasons to start with Golang

In the beginning, making the transition to Golang might feel strange as your code gets longer, and you have to handle each error, but soon your code becomes more readable, simple, and stable. Another reason for making the transition is the professional opportunities available through the language itself. According to the developer’s result survey in 2019, Golang has proven to be one of the highest-paid programming languages. Five reasons to start with Golang include:

Some projects perfect for Golang

Go is undoubtedly a great programming language, but at this stage, it is not for every situation. If you are a small startup business, the time it takes to code is better spent on other areas. However, once your existing code starts to affect the user experience, you should transition to Golang. Late-stage startups usually struggle to cope with the volume of activities due to a growing number of users. Golang is the perfect fit for backend developments in servers dealing with heavy requests.

Due to Go’s concurrency and high performance, several apps and services are benefiting from it.

Providing cloud services: Being the creator of Go itself, Google is currently using Go to provide its cloud infrastructure, while Dropbox uses Golang to manage its network of over 500 million users efficiently.

Media platforms: YouTube and Netflix use Go to manage the demanding load on their sites while Soundcloud uses it to deploy internal services.

Broadcast providers: BBC has been using Golang for internal analytic services and backend development since 2012.

Since its introduction in 2009, Golang has already gained the popularity of notable business giants such as Google, BBC, Netflix, and Uber, making full use of Go’s speed to scale their products and achieve high performance. With steadily growing user bases, it is only a matter of time until you will need to switch to Golang or risk compromising your user experience.

Golang avoids the speed constraints faced by other thread-based languages. If your business provides an on-demand service or e-commerce functionalities, you should consider migrating to Go. With software growth and new features constantly being added, programmers may struggle to read code previously written by its creators. With Golang already being the most in-demand programming language on the planet, the question should not be, why should you use Golang, but rather when you start using it. In the end, migrating to Golang is a change that should be made. Whether you make the change to maintain growing service demands without crashing existing infrastructure or you desire quick server responses, Golang is suitable for businesses with predictable growth.

Go is quickly changing programming for the better, and switching over to Golang may be remarkably significant in the time and cost of your app development and support.

Olga Galik is Business Development Manager at Uptech, that helps to create apps that people love. She has always been fascinated with technology and shares Uptech’s experience with the IT community.