Home / Artificial intelligence technologies / Why Golang and Not Python? Which Language is Perfect for AI? 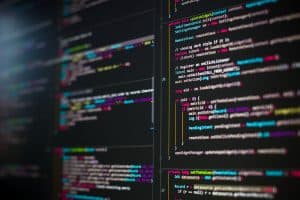 Golang is now becoming the mainstream programming language for machine learning and AI with millions of users worldwide.

Python is awesome, but Golang is perfect for AI programming!

Launched a decade back, November 2009, Golang recently turned ten. The language developed by Google’s developers is now making programmers more productive. These developers main goal was to create a language that would eliminate the so-called “extraneous garbage” of programming languages like C++. It provides the capability of compiling to machine code, the ability of run-time reflection, and provides the convenience of garbage collection.

See also: Why Python is Essential for Data Analysis

Golang is now becoming the mainstream programming language for machine learning and AI with million users worldwide. Some of the big brands include names like Netflix, American Express, Uber, Dropbox, Salesforce, Twitter, and Twitch.

Will Golang wipe out Python?

The answer is No, it won’t.

Python is widely used and is too multi-purpose for it to become obsolete. It is a programming language that compiles a thousand components from individual modules to packages of the entire development. Python also has a strong community that promises to keep it alive for the next few decades. Being tested for multiple numbers of environments, it was found to be easy for beginners to work with Python programming and has been deemed favorite amongst young developers. Go language outperforms Python while writing server-side scripts. Thus, when looking for ultra-performant concurrent services that have quick deployment cycles Golang is said to outperform Python.

However, in recent times Go and Python have been termed as the most popular languages that are perfect for AI professionals. As organizations work with both these languages, it can be challenging for you to come up with a stern solution.

AI is on the verge of taking the technological world by storm. Machine learning, self-correction, and reasoning are some of the applications that can mimic human intelligence. AI-powered applications are now empowering businesses to improve the usage of their resources resulting in positive effects.

Vast AI purposes covered by Golang: Although Go offers small libraries it is consistently growing thus, addressing a large range of AI purposes. Go libraries such as GoLearn (data handling), Goml (passing data), and Hector (binary classification problems) are some of the libraries that serve AI and its applications.

Ease of usage of Go libraries by Go developers: Most of the Go developers do not need to opt for libraries written in other programming languages. The core advantage of having libraries in Go is that it gives the AI professionals working programming with Go a developer’s comfort.

What’s the new black in the IT industry? Most answers will include machine learning and AI, and the results wouldn’t be wrong. Both these technologies have been the mainstream of the IT industry and will remain so until the foreseeable future.

Multiple numbers of libraries: Multiple libraries can now help AI engineers build new algorithms, conduct dataset processing, do model processing, work with the most complex data, and many more other functions. Not to forget, TensorFlow is one of the most popular libraries (open source) that is utilized for many machine learning applications of Google.

Python as a language is accessible: In business terms, language accessibility simply means having a vast market of experts in Python programming. Moreover, as we’re aware these programming languages are widespread across the globe.

Strong community: Python has a well-established and strong community. Based on GitHub’s report in 2019, there was nearly 1 million pull request sent over worldwide. The community tends to contribute toward creating new libraries to extending toolset and updating documentation.

Why Golang and not Python?

In terms of scalability, the very work of art of this programming language was to maintain and help developers solve problems at a larger scale. The reason why Golang has inbuilt support for proper concurrent process channeling. However, Python has faced a huge challenge in terms of concurrency.

Due to the support it offers for concurrency, Go had been widely accepted in cluster computing and cloud computing.

As mentioned above, when it comes to readability Python surely takes fame, however, at times they just overdo it. Python does offer you multiple ways to say the same thing again and again that often leads to creating confusion. On the other hand, Go follows strict rules in terms of programming. It does not allow unwanted libraries to simply get imported neither allows the creation of unnecessary variables. Certainly, this means Go has a better advantage of performing a task. While some may disagree with the fact that the code is not versatile. But does anyone care when we talk of core programming? Perhaps it shouldn’t as long as the code is readable.

Drawing conclusions as to which language is better can be a tough job. Although in most cases Golang seems to have the upper hand. Currently, it might not shine as bright as Python but eventually, it will get there someday. For the record, it did take twenty years for Python to reach where it is today. The existence of Python went unnoticed in the initial ten years, it was only in 2001 when it started gaining attraction. Therefore, Go will surely catch up. Perhaps it is already doing a fantastic job in garnering attention.