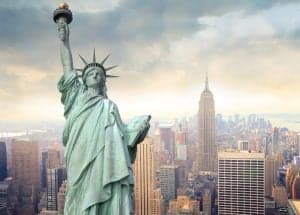 This year’s AI Summit returned to an in-person event where many of the sessions focused on the need for responsible AI and ethical AI to eliminate bias.

The AI Summit returned to an in-person event this month at the Jacob K. Javits Convention Center in New York. Yet, the impact of the pandemic, which forced it to go virtual (like everything else) last year, was pervasive.

Specifically, the conference program was full of talks on how AI is being considered to address pandemic-related problems or give businesses a competitive advantage as they emerge from the pandemic. Examples include:

Many of the sessions focused on responsible AI and ethical AI that eliminates bias.

For example, Karen Bhatia, Senior Vice President, New York City Economic Development Corporation (NYCEDC), spoke on New York City’s Responsible AI Initiative. The session noted that while AI was driving innovation across New York’s leading sectors, “we’ve seen algorithms that discriminate against age, race or gender.” Prior to the pandemic, such concerns led to the NYCEDC publishing a Request for Expression of Interest for the NYC Center for Responsible AI, an initiative that would help shape and define the type of AI that is acceptable to New Yorkers. The goal was to create a collaborative space and programming where industry, government, community, and academia would produce guidelines and tools for the development and adoption of Responsible AI based on real-world applications.

Another session by Katica Roy, CEO of Pipeline Equity, looked at how AI can unlock the economic gains of gender equity. The speaker noted that to close the gender equity gap in our lifetime, we must embrace the advanced technologies of the Fourth Industrial Revolution. She described how augmented decision-making with AI can intercept a company’s talent decisions and start to create gender equity.

Josh Simons, Chief Technologist at VMware, spoke on “Developing a Set of AI Ethical Principles: One Company’s Journey.” He noted that while data bias gets the most attention, it is not the only ethical issue that companies must consider when utilizing new technologies. He spoke about considerations around what an organization must do with data and model building to effectively adopt technologies that are paramount to maintaining stakeholder trust.

Jim Rowan, US Artificial Intelligence and Data Operations Leader, Principal at Deloitte Consulting LLP, and Dominic Rasini, Senior Manager – Strategy & Analytics, also at Deloitte Consulting LLP, held a discussion on scaling intelligence ethically. They noted that once technology is operational, organizations need to build in safeguards to ensure they harness the promise of technology without causing harm. To that end, they explored how to transform an organization with AI in an impactful, sustainable, and ethical way.

In addition to these talks on higher-level issues, many of the sessions looked at how AI is being used in finance, healthcare, manufacturing, commerce, and more. And the organizers of the conference are already planning next year’s event.