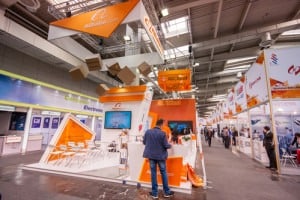 E-commerce giant Alibaba announced it has acquired Chinese microchip manufacturer Hangzhou C-SKY Microsystems to further its cloud-based IoT business. A spokeswoman said it is part of their commitment to the chip industry. The announcement comes just a few days after the United States banned American tech companies from selling chips and other device components to Chinese telecom company ZTE for seven years. The ban has made the need for self-sufficient tech supply chains more urgent.

According to people familiar with the situation, Chinese officials have held meetings recently with industry leaders, regulators, and the country’s chip fund to discuss speeding up existing plans for improving the country’s tech supply chains, Reuters reported. In 2016 the country imported $230 billion worth of chips, but now with a “Made in China 2025” campaign in place promoting industrial upgrades, their chip manufacturing industry is slowly expanding.

Alibaba was already an investor in Hangzhou C-SKY Microsystems and decided to increase their stake to 100%. It’s not believed that the deal is connected in any way to the ongoing tensions between China and the United States as a result of the Trump administration tariffs. The company’s cloud service Ali Cloud’s future in the US isn’t clear, however, with fears that the US will retaliate against Beijing’s demand that foreign cloud computing firms conduct joint operations with Chinese companies and license their technology.

“Alibaba aims to empower different industries through our cloud-based IoT solutions, in which chips play a significant role,” a company spokeswoman said in a statement. “The acquisition of Hangzhou C-SKY Microsystems, a leading Chinese supplier of embedded CPU cores, underlines our commitment to driving the development of the chip industry.”

Alibaba did not disclose the terms of the acquisition, which is their first involving a chipmaker.