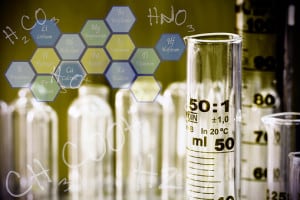 At the core of the BenevolentTech platform is the new NVIDIA DGX-1 AI supercomputer, which leverages the power of GPUs and specialized deep learning software to help make artificial intelligence faster.

A new announcement from Sheffield Institute for Translational Neuroscience (SITraN) and British artificial intelligence (AI) firm BenevolentAI once again gives strong evidence to the belief that AI will continue to have a massive impact on the way that doctors and researchers develop and deploy new treatments for our most difficult—and often most neglected—diseases.

The groups are working together to create treatments for motor neuron disease (MND), the most famous and common of which is amyotrophic lateral sclerosis (ALS). ALS, also known as Lou Gehrig’s disease, is a progressive and ultimately fatal disorder that affects somewhere between 14,000 and 15,000 people in the U.S. Most people die 3 to 5 years after symptoms first appear, primarily from respiratory failure. Because the disease is both incredibly severe and affects a small number of people by global health standards—200,000 worldwide—ALS is often called an “orphan” disease.

Currently, there are only two FDA-approved drugs available to patients with ALS—riluzole, approved in 1995, and edaravone, which was only approved a few weeks ago. Riluzole can increase survival by about two or three months, whereas it’s unclear how successful edaravone will be in the future. Clearly, new treatments are highly sought after among medical professionals and patients alike.

BenevolentAI, which bills itself as “the world leader in the development and application of artificial intelligence for scientific innovation,” leveraged AI technology to discover two newly-identified compounds that had never been tested by ALS researchers but appeared promising. The relatively new company has often announced its intent to use AI to fight orphan diseases.

Dr. Richard Mead and Dr. Laura Ferraiuolo at SITraN then lead a study that judged this AI-discovered drug’s efficacy, and found that, according to a press release, “there are significant and reproducible indications that the drug prevents the death of motor neurones in patient cell models, and delayed the onset of the disease in the gold standard model of ALS.”

Drs. Meand and Ferraiuolo are expected to publish preliminary results at the 28th International Symposium on ALS and MND, which is being held in Boston in December 2017, and in the meantime are assessing whether the drug would be a good candidate for clinical development.

BelevolentAI is one of England’s—and Europe’s—fastest-growing AI firms. The company was founded in 2013 by Ken Mulvany, who was previously the CEO of UK-based biotech firm Proximagen before selling it to Upsher-Smith Laboratories, LLC. The company is headquartered in the “Knowledge Center” in Kings Cross, London, where it’s nestled up among other AI-driven companies like Facebook and Google.

Back in April 2017, the company signed an exclusive license agreement with Janssen Pharmaceutical, a Johnson & Johnson company, to acquire the rights and patients to a number of novel clinic stage drug candidates. No word directly from BenevolentAI as to whether these acquisitions are directly tied to the most recent announcement with SITraN.

The company is split into two separate divisions that operate with slightly different, but connected, goals. BenevolentBio aims to parse through hundreds of millions of associations between “meaningful entities and unstructured text” to improve the efficiency of drug development, produce better target selection, and optimize compounds. They’re focusing on human health for now, but hope to branch out into veterinary medicine and nutraceuticals.

BenevolentTech, on the other hand, is building the “deep judgment” system responsible for BenvolentBio’s innovations. Their platform can create “usable knowledge from vast volumes of unstructured information in scientific papers, patents, clinical trial information” and other types of structured data. Their end goal is to “augment” the intelligence of scientists and researchers to help them make discoveries they might have otherwise missed out on.

At the core of the BenevolentTech platform is the new NVIDIA DGX-1 AI supercomputer, which leverages the power of GPUs and specialized deep learning software to help make AI faster. According to NVIDIA, the DGX-1 is capable of training data up to 96 times faster than a traditional CPU-based computer.

Regardless of the connection, this news from BenevolentAI and SITraN is just one of many recent announcements about the advancements of AI for medical purposes, from stopping blindness due to diabetic retinopathy (DR), to discovering cancer with surprising accuracy. Each of the studies leverages the massive amount of medical information that’s available to researchers, uses it as training data for machine or deep learning algorithms, and aims to make insights the human mind simply couldn’t do—at least not in a reasonable amount of time.

To Mulvany, AI is the only way to move forward in medicine. In an interview with Business Insider, he said, “90% of the world’s information has been produced in the last two years, it’s a tremendous amount of data. As humans we cannot assimilate that. There’s so much out there, you need a system that can relate all of these things together.”