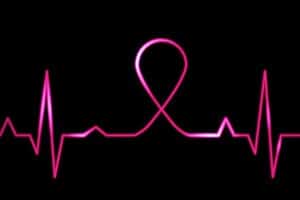 Breast cancer is the most common cancer for women worldwide, with more than 250,000 new cases in the U.S. alone every year. While our treatment techniques have been improving for decades, there’s simply no better way of battling cancer than detecting it early.

To help in that effort, Royal Philips is collaborating with PathAI, a company that develops AI technology for pathology. Together, these companies aim to improve the precision and accuracy of diagnosing breast cancer by helping to quantify cancerous lesions in breast cancer tissue. If this effort goes well, it could be expanded to include other types of cancer, and even other diseases entirely.

For years, pathologists have been struggling to keep up with ever-increasing demand for their analytical abilities. There are more cases to review, and diagnosing cancer and quantifying its scale are both time-consuming processes. If pathologists are forced to review cases and make their decisions faster, they’ll be more likely to make mistakes.

The idea isn’t  to replace these pathologists and specialists with AI, but rather to supplement their critical work, and make things smoother, faster, and less error-prone. For example, the PathAI technology might parse an entire day’s worth of cancer screenings and give scores based on those most likely to be cancerous, or those most in need of a human confirmation. That way, they can focus their efforts on the most at-risk patients.

We’ve seen this idea before, with IBM and its Watson technologies being used to help doctors and specialists examine hundreds of medical images on a daily basis by identifying the areas that need a second look.

“With computational pathology and the application of artificial intelligence there is an opportunity to increase efficiencies, enable greater accuracy and precision, and allow pathologists to see things and access insights not previously available,” said Russ Granzow, general manager of Philips Digital Pathology Solutions, in a statement.

Royal Philips already has an extensive background in creating digital pathology solutions that help specialists organize their histopathology cases, unify team members around a common goal, collect patient data in an easy-to-use area, and then leverage clinical data for a better diagnosis. The company also brought AI to radiology back in late 2016 with Illumeo, which offers the best toolsets and measurements based on its understanding of the clinical context.

In addition, the company announced in March 2017 that it was partnering with LabPOC to create the world’s largest pathology database of annotated tissue images. This database is being created specifically for deep learning, and Philips plans to make the database available to research institutions and other partners. 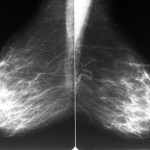 But for more concrete evidence of the efficacy of bringing AI to cancer diagnosis, look no further than the Camelyon16 challenge, which aimed to evaluate “new and existing algorithms for automated detection of metastases in hematoxylin and eosin (H&E) stained whole-slide images of lymph node sections.”

Dr. Beck and his team at Harvard Medical School’s Beth Israel Deaconess Medical Center, plus some assistance from MIT, used deep learning algorithms and a database of pathology images to reduce the human error rate in diagnosis by 85 percent. The algorithms were powered by NVIDIA Tesla K80 GPUs and the team opted to use the cuDNN-accelerated Caffe deep learning framework.

The team’s results were impressive. The deep learning algorithms identified cancer 92 percent of the time, versus a 96 percent success rate for human pathologists. But, even more importantly, the study showed that combining both human and AI analysis created a 99.5 percent success rate. Since the end of the Camelyon16 challenge, Dr. Beck’s team has continued to hone their algorithms, and new results achieved a 97.1 percent accuracy—better than the human pathologist. The entire paper can be read on arXiv.org.

The success of these efforts was the inspiration for Dr. Beck and other colleagues to create PathAI in the first place. Dr. Beck said, “Our goal is to help patients receive fast, accurate diagnosis and support treating physicians to deliver optimal care by empowering pathologists with decision support tools powered by artificial intelligence.”

With the weight of Royal Philips behind them, the potential for PathAI and its innovations certainly are impressive.