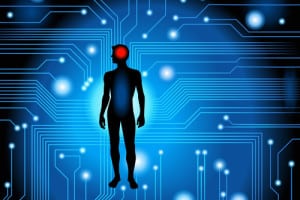 Businesses expect AI to boost revenues by 39 percent in 2020.

Will artificial intelligence deliver on its bold promise for businesses?

Artificial intelligence is  already profitable for many companies, and they expect more profits from AI in the years ahead, according to a recent report from Infosys.

The report, titled “Amplifying Human Potential: Towards Purposeful Artificial Intelligence” polled 1,600 senior decision makers from large businesses all over the world. The companies surveyed invested an average of $6.7 million in AI in the past 12 months and have been actively using AI for an average of 24 months.

According to the report:

Around 65 percent of respondents say that their organization has deployed or plans to deploy big data automation for collecting, processing and storing data. Over 50 percent said their company was looking at predictive or prescriptive analytics or machine learning; 44 percent cited use of database technologies; and 31 percent said the company was looking at deep-learning neural networks.

Approximately 57 percent of respondents said the cost of AI solutions is a barrier their organization faces. A slight majority of those surveyed also said the business feared change, lacked in-house skills, or cited a lack of available and proven AI solutions,

Fully two-thirds of the respondents admitted they have not fully considered ethical issues related to AI. Approximately 90 percent said their employees face challenges or have concerns about AI adoption, and nearly the same number said their vendors and customers also have concerns. Just over half of those surveryed agreed that ethical concerns pose a significant obstacle to the application of AI.

For those businesses who said they plan to replace some jobs with artificial intelligence, 80 percent said they plan to retain and retrain those workers rather than lay them off. About 53 percent of respondents said they are displaced already investing in skills development.

The industries leading the retain and retrain movement are consumer goods (94 percent) aerospace and automotive (87 percent) energy, including petroleum (80 percent), and pharmaceutical (78 percent).|