Home / Artificial intelligence technologies / What Do Americans Hate Most About AI? 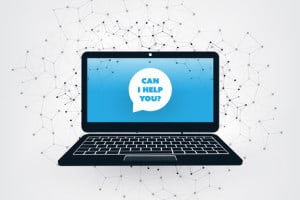 The main challenge is informing normal consumers about the value of AI technology in their everyday lives.

While readers of RTInsights might be fully knowledgeable about what artificial intelligence (AI) is all about, the general public is far shakier. In fact, a solid 50 percent of Americans claim they’ve never interacted with any AI interface.

That’s according to a new study by a digital innovation partner Rockfish Digital, which involved 1,600 people living within the U.S. Responses were weighted against census data for age, gender, and region, so that the results would be representative of the entire U.S. population.

And, generally speaking, the study proved that general U.S. consumers both don’t understand just how prevalent AI is in existing technology, and also have trouble seeing how it will help them in the future.

Because this question addresses only the use of personal assistant AI technology, and not other types of machine/deep learning technology that perpetuates many of our digital experiences today, the numbers for zero interaction might be under-reported. Even then, the results signal a lack of understanding of how prevalent AI is today.

Josh Cottrell, the executive technology director at Rockfish Digital, said in a statement: “We need to move the consumer perception of AI away from simple natural language processing and the convenience that voice-enabled devices provide. The lack of awareness of how AI may be impacting their lives more profoundly shows that there is a way to go before we’ve truly defined what it all means.”

Exactly two-thirds of consumers interact with AI via their smartphone, and it’s primarily out of convenience (43.9 percent), followed by novelty (13.8 percent). The survey found that AI was most satisfying to people when it made their daily routines easier, and only 13.1 percent of respondents found the accuracy of responses satisfying. It’s interesting that a mere 7.2 percent of U.S. consumers were truly compelled by the sheer capability of their AI assistant.

Speaking of frustrations—34.8 percent of respondents signaled being misunderstood as the major deterrent to using AI more often, and 21.4 percent cites times where it simply didn’t work. Having to repeat oneself nabbed nearly one-fifth of the vote from respondents.

Developers of AI technologies should be interested to know that 65.4 percent of U.S. consumers prefer hearing a female voice as their AI assistant, while only 11.7 percent like a male voice. Women are more likely to enjoy a male voice than men are—16.9 percent vs. 5.7 percent—and no one really likes a robot voice. While some AI assistants are clearly gendered, like Apple’s Siri, Samsung has specifically gone out of its way to make Bixby more ambiguous.

The statistics are both interesting and telling, but according to Cottrell and the rest of the people at Rockfish Digital, the main challenge here is informing normal consumers about the value of AI technology in their everyday lives. Still, AI companies need to resolve many of the issues around being misunderstood and providing poor results if they hope more consumers will actively engage with AI.

Rockfish Digital named three areas of opportunity for consumer-facing AI. The advanced product selector aims to create a “less scripted product recommendation experience for consumers.” Instead of being prompted by consumers, machine learning-enabled technology, like IBM Watson, automatically finds the products suited to these customers. The vehicle purchasing process could be vastly improved, too, since it’s frustrating if the local dealer doesn’t have the color and trim you’re looking for. Azure Machine Learning Studio is helping automakers and dealers ensure distribution gets the right cars to the right places. And, finally, there’s intelligent job search, which aims to improve job search by employing natural language processing and personality insights to make things easier to not only find the right job, but also get hired (if you’re qualified).

A lot of this technology is already in use—Netflix leverages recommendations to keep customers engaged, and Trulia uses AI technology to help would-be homeowners find the house that’s just right for them without having to click through dozens of homes. Recommendations are available via a cloud API from Microsoft, and sentiment analysis is being used by HR departments to make smarter hires and do real-life performance reviews.

Even though AI’s prevalence is growing, most consumers don’t yet understand how these technologies are already affecting them. The question becomes: Will customers appreciate AI more if they know it’s there, or will they be happier to learn that a delightful experience was powered by an algorithm?