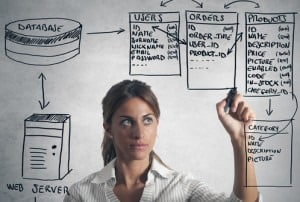 A cloud-based API from Microsoft Cognitive Services is designed to offer a better recommendation engine.

Recommendations engines are already presenting ecommerce businesses with massive revenue growth potential. According to an Infosys report, 59 percent of shoppers would say that personalization has caused a noticeable impact on their purchasing habits, and in another study from MyBuys, a recommendation engine in the shopping cart increased  conversions by up to 915 percent over the average.

For Netflix, a recommendation engine helps significantly reduce customer churn and saves about $1 billion every year.

The problem for many businesses is that these recommendation engines are not necessarily easy to implement. Algorithms must be sophisticated and fine-tuned, and an ecommerce outfit generally needs a lot of data for the algorithm to ensure quality analysis. Real-time recommendation engines, however, get sluggish under the weight of large datasets. “Online reputation management” firms can also trick recommendation engines through fake reviews, and algorithms actually tend to reproduce stereotypes and don’t often bring up innovative results.

Enter Microsoft Congitive Services, which offers an application program interface (API) designed to make recommendations easier than ever before. Or at least that’s the idea. During a recent webinar, Fang Tu, a senior data scientist at Microsoft Azure Machine Learning, walked users through the idea behind recommendations, and how they can get set up with a cloud-based API rather than developing something in-house or using an on-premise system.

Recommendations are everywhere, Tu said, pointing the audience first toward the Microsoft Store homepage, and then to an Amazon product page. Both pages receive high volumes of potential customers, so any intelligent recommendations could convert into real revenue. Microsoft’s storefront has popular items, today’s deals, and popular movies or apps that might appeal to a broad audience. An Amazon product page for a drone, meanwhile, lists recommended items that are commonly bought alongside the drone, such as backpacks or batteries.

Microsoft’s recommendation engine API is built to handle not only recommendations based on relevance, but also novelty—customers often want to see products they haven’t seen before. Perhaps more interesting is Microsoft’s emphasis on “serendipity” and “diversity” as well. “We want the recommendation engine to be not obvious to the user, but rather both surprising and interesting,” Tu says, stressing the importance of recommending items that are dissimilar to what the users has interacted with before.

Microsoft is using cognitive computing to deliver a number of algorithm-derived results, such as Frequently Bought Together (FBT) products, item-to-item recommendations, and customer-to-item flows. Matrix factorization algorithms are responsible for most of the insights, which work by inferring latent features in transactions between users and items. Other algorithms seek out cold items, which haven’t been purchased before, or have not occurred with other items.

The Cognitive Computing department at Microsoft also uses AI technology for vision, content moderation, translation, and face recognition. It’s easy to get started on any of those endeavors, including recommendations—new users can sign up for $200 in free API credit. They just need to populate the database with items and transaction data.

Microsoft is promising a timeframe of less than 300ms to receive a response, so it should be compatible with real-time recommendation needs in ecommerce deployments. Tu was also insistent that this API could be used to provide recommendations in any application, including healthcare—as long as there’s products and transactions, the Recommendations API should be able to offer some insights.

Unfortunately, details on how the cognitive computing system functions were scarce, but Microsoft is quick to point out that the API is already being used by online retailers like DutchCrafters to see a three-times increase in sales conversion rates. For a lot of retailers, that could just about make all the difference.

How an etailer uses machine learning to reduce customer churn