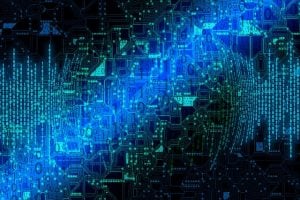 AI has changed software testing for good, and it continues to improve the processes associated with software development and testing.

The customer is king, and during software development, testers need to make sure customer satisfaction is guaranteed. That’s why the use of AI bots in software testing is inevitable.

During the software development lifecycle, software testing is crucial. It helps to detect any faults in the software that could affect the company or the application of the software in the future.

Software testing enables testers to know when there is a need to improve or change anything before the software is ready for use.

In this article, we are going to take a look at artificial intelligence tools for software.

What is Software Testing? Software testing is the process of assessing the performance of a program developed to check whether it is developed as per the company’s requirements and to find out whether there are faults and improve them before it is deemed ready for use.

Types of Software Testing: There are two types of software testing, namely:

Reasons for the Use of AI in Software Testing

AI helps developers and testers identify faults much quickly before the software reaches QA. It helps to evade errors. Humans, no matter how careful they can be, they will make errors. On the other hand, computers are more accurate.

Since software testing is done using tools, the final results are more accurate than when done by hands. Also, AI helps to prevent repetition during testing.

Additionally, AI speeds software testing. Since machines are used to test software applications, the process takes a short time as opposed to manual testing, where humans have to do the testing repetitively. And even if there must be repetition during software testing, machines can do the work much faster hence saving time and money.

Applitools: Applitools is a software testing tool that monitors software applications visually by the use of a sophisticated algorithm. Applitools helps professionals and teams, particularly in the area of DevOps, Digital Transformation, manual QA, engineering, and more. The tool identifies potential bugs and defects in the software application.

Appvance: This tool tests a software application based on user behavior. It is one of the most popular AI-driven tools out there. The tool is used to improve the performance, quality, and security of software applications. Appvance speeds up software testing and improves the agility of companies.

Functionize: Functionize is a cloud-based AI software testing tool designed for performance, functional, and load testing. The tool utilizes AI to improve the speed of test creation diagnosis and maintenance. The NLP engine processes the individual steps of a test plan written in English and converts them to automation.

Once tests are built, Functionize’s ML models update them as an application changes, saving the tedium of constantly updating/maintaining scripts for minor UI or style changes. The tool is fast, efficient, and easy to use. It’s also faster in that it runs thousands of tests in minutes from either mobile browsers or desktop.

Its built-in link crawler looks for broken links and JavaScript errors, and over time, prioritizes test coverage needs based on page depth, complexity, and existing tests on the page. With an intuitive test automation framework and cutting-edge AI technology, Mabl makes continuous testing both easy and scalable.

Eggplant AI: Eggplant is also another incredible AI tool for software testing that uses different concepts from model-driven software development. The tool generates test cases by use of the SUT model.

The tool does the following actions during software testing:

Testers don’t have much time to do repetitive testing. This tool helps them. The tool offers machine-learning technology that evaluates the codes and the tests being executed against the codes.

With Sealights, testers can know the actual coverage of the tests. The tool executes different types of tests from performance, unit test, functional, manual testing, and more.

How AI is Changing Software Testing

AI helps in identifying complex areas of companies: Software testing is an important process during the software development lifecycle. And in times when developers don’t have the time and resources to execute exhaustive testing of the software applications, software testing can aid in detecting areas within an organization that requires attention.

Another way AI is changing software testing is that it doesn’t require too much human effort since AI helps in detecting problems and defects hence speeding up the testing process.

AI eliminates guesswork, and developers can get an idea of what needs to be changed since it can detect defects in the software application and provide developers with complete information on where testing is needed and where there is a need for change.

AI will lessen bugs: With manual testing, elimination of bugs isn’t easy, and because bugs are an enemy of user experience, software testing is important to make sure they are detected and eliminated before the software reaches the QA.

Usually, bugs enter the program undetected, but with the use of AI, software developers can know when the bugs entered the program, how, and where they came from.

AI can also test for bugs and identify errors that developers can use to improve the code.

Testers can also use the information generated by AI to know whether more coding is required to protect the program against bugs. This way, bugs are eliminated during the software development process.

Software testing is a repetitive process where each program needs to be evaluated at every phase, and the repetitive manual testing consumes a lot of time. AI uses a set of algorithms to analyze software functions and identify errors through automated testing, thus minimizing the headaches of repetitive software testing tasks and improving accuracy.

AI improves testing capabilities: Software testing is a continuous process of the software development lifecycle. And because testing needs to be done at each stage, manual testers can find it challenging due to the stresses associated with each test.

AI, through machine learning, helps to generate test data where testers can feed the data into an AI machine allowing it to perform various tests at every stage without the need for manual testing hence improving reliability and security of the software.

Artificial intelligence is dominating each area of our lives. Just recently, AI found its way into the software development process.

AI has changed software testing for good, and it continues to improve the processes associated with software development and testing. Even though some companies are yet to adopt AI within their practices of product engineering, it’s no doubt this technology is here to stay.

Alice Jones has studied AI and helped many companies adopt it within their practices. She is a journalist, technology enthusiast, and professional resume writer from San Francisco, CA. Feel free to follow Alice on Twitter.