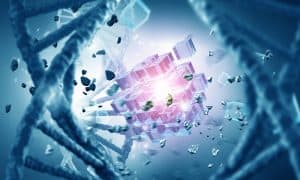 Like other emerging technologies, the use of nanotech in cybersecurity is poised to disrupt in the best possible sense of the word.

The term “disruptive technology” brings to the uninitiated mind images of chaos and destruction. However, such advances are intended to improve our quality of life by exchanging old, inefficient systems for innovations that alter our perceptions, habits, and routines. Of the five or so major technologies that have emerged over the past few years such as nanotechnology, the Internet of Things (IoT) is considered by some to be the most disruptive of all.

This is because it has the potential to completely reshape how businesses operate and directly seep into every aspect of our lives. Not everyone is impacted by blockchain, and there are many areas that are yet unreachable with 5G or run by AI. There are even people who refuse to shop online.

But, you would be hard-pressed to locate a person who doesn’t interact with an IoT device. Even the Sherpas on Mount Everest use GPS, the forefather of all IoT devices.

By 2030, there will be more than 25 billion IoT networked devices in use. That’s three times the number currently connected. However, greater access also leads to less security.

Technology giveth with one hand and taketh away with the other.

The risks begin with end-users and the inherent liabilities of human error, but they don’t end there.

What are the Biggest Risks of Using IoT Networked Devices?

The Internet of Things is essentially a vast network of physical devices that are connected via sensors and software that transmit data over the internet. Through IoT sensors, everything from the flow of customers through a retail outlet to the flow of traffic through the streets can be monitored and streamlined in real-time.

This technology allows you to see who’s at your door any time of day or night regardless of your physical location, and it keeps home and business systems running at peak efficiency. Sensors embedded in smart shelving monitor customer activity and inventory without intrusive technologies like facial recognition software and cameras. By analyzing IoT data, companies can provide more tailored services through automation while cutting the cost of doing business.

In theory, it makes life safer, less expensive, and more convenient for everyone it touches by extending the positive aspects of the virtual world into the physical realm.

However, the exponential growth of IoT networking also increases the attack surface and provides more opportunities for cybercriminals to invade our privacy, hold our data hostage, or simply create chaos for their own amusement.

An attack surface of any system equals the sum total of vulnerabilities on any given network. The smaller the attack surface, the fewer access points you need to protect.

However, the reverse is also true, and therein lies the flaw inherent in this particular system.

The promise of high speeds and low latency through 5G, coupled with advances like AI and edge computing, is changing the way we live, work, and communicate. Similarly, nanotechnology is considered by many to be the next logical step in IoT development, which also benefits from the aforementioned technologies.

However, nanotechnology is also poised to impact IoT in other ways,

Like other emerging technologies, the use of nanotech in cybersecurity is poised to disrupt in the best possible sense of the word.

In addition to making smart home and business devices more accessible and affordable, nanotechnology will disrupt IoT by:

• Reducing the size of devices and sensors

A glance at this list of up-and-coming climate tech companies might be a doppelganger for real-life laboratories that will blend nanotech and IoT together while advancing the future of commerce. More specifically, expect nanotech’s cybersecurity disruptive force to be noticed in three key areas.

One major block to tech advances is overcoming fear of technology in the public. Although ethical and privacy concerns must first be addressed, the use of nanotechnology will advance customer-facing security through implantable authentication and encryption devices that are virtually impossible to hack or steal. Much more research is needed in this area, but it’s expected to become mainstream within the next few years. The major hurdle is overcoming public perceptions, biases, and fears.

Improving data and communications security is a top priority for developers and other stakeholders. Advances in this area mostly issue new challenges for hackers to overcome, and it’s a fun game.

By introducing nanoscale technology to the mix, manufacturers can create quantum chips that are smaller and hardened against breakage. This will prevent leakage from CMOS transistors and provide higher levels of security than you find with existing cryptographic hardware.

For some time, researchers, especially those in the public sector, have been looking for ways to replicate biosystems in computers. Advances in nanotechnology may finally allow them to fully create computers that truly mimic the human brain in structure while infusing it with the advanced data processing power of a supercomputer.

Nanoscale will improve intelligent threat detection by identifying and isolating threats much faster. By pairing nanotech with AI systems, it will also remediate the cybersecurity skills shortage by allowing these systems to proactively identify and shut down potential threats without human intervention.

Final Thoughts about IoT and Nanotechnology

As it stands now, the average person couldn’t even tell you how many IoT devices are connected to their network, let alone how secure they are. Unfortunately, cybercriminals are in the business of locating these devices and probing them for flaws and vulnerabilities.

As technology advances and threats proliferate in correlation, cybersecurity and other IT professionals need to be just as diligent in exploring and incorporating advanced technologies to secure our networks and devices.

Although much of the potential of nanotechnology is still in development, the possibilities in terms of security, environmental impact, healthcare, and other vital services hold great promise.