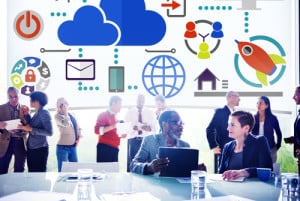 Big data could reap large benefits for companies but only if they establish processes for data collection and analyses tied to specific use cases. Otherwise, a company might have tremendous amounts of data and feel so overwhelmed they’ll have no idea how to start mining through it to find gems that promote business growth.

Measurable results are possible only with the correct approaches.

1. Focus on the customer

Big data critics sometimes argue data is very impersonal and reduces human beings down to nothing more than numbers, percentages and graph points. However, British Airways boldly turned that perception on its head with the Know Me program. It’s a customer-centric campaign driven by big data.

Airline representatives get alerts when customers have experienced prior delays, allowing them to better prepare to smooth things over and ease frazzled nerves. Similar information gets sent before business-class travelers, frequent flyers or other types of customers start their British Airways experiences.

The Know Me initiative works because it adds a welcome element of personalization to traveling by plane. When considering ways to make big data work best, don’t just focus on your own needs and goals. Think about how newly gained insight could show customers they’re valued. If that happens, your business should prosper too.

2. Use big data to predict trends

When people think of typical ways to rely on big data, retroactive use comes to mind. Executives might examine sales of a product over five years and use that type of big data to decide whether to discontinue the product or keep selling it.

However, Netflix emerged as a pioneer when it took information from big data to create a fantastically popular TV show we all know today as “House of Cards.” Although the streaming company does look at data about things users watch and gives suggestions about other enjoyable titles within the site’s selection, “House of Cards” was born when Netflix’s representatives analyzed big data to determine what users would like to see most.

All that knowledge went into creating content that hadn’t existed previously on the site. It was an unconventional move that paid off. The show was an immediate hit and consistently gets high reviews.

Companies might want to consider ways they can tap into big data in predictive ways. That might not entail building something from scratch as Netflix did, but could at least prevent companies  from moving forward with a business decision that’s not in line with what customers really want or need.

3. Have plans and purpose in mind

Some business leaders jump eagerly on the big data bandwagon because they think it’s what’s expected and don’t broaden their perspectives. It’s essential to nail down a plan for collecting and analyzing big data.

iDataResearch specifically collects big data for medical device markets, and through rigorous research, it provides reports about the competitive landscape and various factors that determine market share. This is an example of a business that harnessed big data in ways that directly support the company.

While gathering information, iDataResearch employees interview government regulators, key customers, trade press journalists and other experts to build rich and relevant reports. Do the same by making sure you have solid plans for using data and truly understand how those intentions benefit your business. Your data is not valuable automatically, but it could become so if you understand which sectors desire it most, as iDataResearch has done.

4. Prepare to change your company’s tactics

Once you begin using big data, it may become clear some of your business practices need updating. That could be true even if what you’re doing seemingly works well. Such was the case with Nike, the worldwide athletic shoe retailer. In 2008, the brand orchestrated a new retail and marketing strategy largely due to big data.

Instead of dividing the world’s customers into geographical regions, it segments them into different types of sports. The theory is that people who play basketball probably have more in common with those who don’t, even if they aren’t geographically close. This change caused sales increases of more than 70 percent. Don’t be afraid to drastically alter methods, especially if doing so might cause notable outcomes.