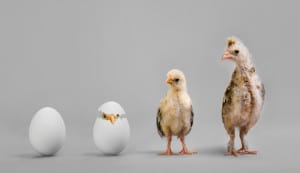 Bioworld’s One61 Studio and its collection of officially licensed tech will launch at the 2018 CES.

Bioworld Merchandising, a provider of officially licensed products for top entertainment brands, announced the launch of One61 Studio, its new IoT division focused on improving and enhancing the fan experience through pop culture-themed IoT products and gadgets.

The company is known for providing fans of comics, movies and video games with highly sought after official merchandise. Its journey began with foundmi collectible Bluetooth trackers that featured characters from DC, Marvel and Star Wars. One61 Studio will increase those offerings to include luggage trackers and trackable wallets.

See also: How to get the world’s enterprises ready for IoT

The company will announce these products at CES along with Batman- and Flash-themed smartwatches, a voice-enabled smart glove that provides the wearer with hands-free control of music and phone calls, and Kaptur, a smart hat featuring an app-controlled screen where wearers can display their favorite photos, memes, and gifs, according to their release. Bioworld has partnered with Say Technology and LugTrack among others.

“With the pervasive blending of tech into every facet of daily life, Bioworld needed to be the first to disrupt its own industry of licensed apparel and accessories,” said Shawn Stauffer, Chief Technology Officer of Bioworld Merchandising. “Initially to do this we searched for technology partners, but their price points and timelines did not meet our needs, so we created our own solution, One61 Studio.”

One61 will also function as an incubator, providing new makers with the resources they need to bring their ideas from concepts to prototype to manufacturing and distribution, Bioworld said they plan to partner with investors and other incubators, positioning itself to fill in any missing pieces.