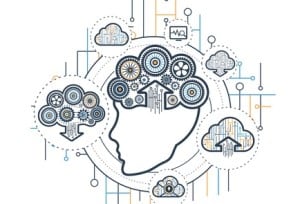 IBM has been investing heavily in its cloud-based Watson IoT/cognitive computing platform for years now, to major success. But given that the next big challenges in cognitive computing isn’t processing power or managing data, but rather finding the right talent and keeping them engaged in the industry, one has to wonder if IBM is taking all the right steps to guarantee its No. 1 position in the long term. Still, that hasn’t stopped the company from tying up just about every solution and every partnership it possibly can.

Recently, the company announced a new partnership with NVIDIA that would use GPU technology to help increase the speed at which computers can be trained to think in humanlike ways. The partnership has created IBM PowerAI, which is a software toolkit that runs on specific IBM servers that are powered by NVIDIA’s NVLink interconnect technology. In a press release, the company called it “the world’s fastest commercially available enterprise systems platform on two versions of a key deep learning framework.”

The partnership targets deep learning, which extracts information by parsing through millions of pieces of data, whether it’s transaction data or videos from self-driving cars, to discover patterns and make predictions. Deep learning is already being used in the automotive industry to enable algorithms that better understand roadway conditions and respond in humanlike ways to sudden obstacles. The press release also noted fraud detection and automated call centers as possible options for these deep learning insights.

IBM also announced that it’s working on new medical imaging solutions powered by years of cognitive computing expertise. Doctors and hospital specialists are inundated with hundreds or thousands of medical images on a daily basis, and deciphering them all can be incredibly taxing, not to mention time-consuming. For many, it’s an unsustainable practice. IBM is hoping Watson technology could be used to detect patterns and points of most interest on a CT scan, for example, to help focus doctors on the most pertinent information.

On top of that, IBM is partnering with Watson Health and Merge Healthcare to help doctors resolve differences in a patient’s clinical evidence, summarize patient information so that cardiologists and other specialists can understand a patient’s history in much less time, and develop new process for interpreting mammography imagery with better accuracy.

Big customer gains in the cloud

IBM has happily added American Airlines as yet another customer and partner for its cloud platform, which will host select enterprise applications for the company. Given the major disruptions that can occur when airlines suffer from softwareglitches (or even power outages), American Airlines must believe in IBM’s capacity for cloud availability and resilience.

According to a press release, the partnership will also involve IBM’s Bluemix , home to the company’s Watson IoT and cognitive computing capabilities, but details about what technologies they would create were scarce. Still, the partnership proves that IBM’s cognitive computing skills remain valuable for the big-ticket players that are undoubtedly sitting on petabytes of data they want to make some sense of.

Could Watson be for everyone?

Watson is getting bigger—and cheaper, for some. IBM is rolling out the Watson IoT Consulting Solutions practice, which will leverage 1,500 experts at nine different IoT centers around the world. These experts will first target the automotive, electronics, industrial, insurance, retail, telecommunications, and transportation markets—having a consultant onboard from the beginning should help ease the risk and complexity of a new IoT implementation.

Perhaps most importantly, IBM seems to understand how important education and early onboarding is to Watson’s future. According to a recent KPMG report, the lack of talent is going to be the No. 1 issue in implementing cognitive-powered technology in the years to come. The company is rolling out educational opportunities alongside the consulting capability in order to teach more people about natural language processing and how to use Node-RED, a visual, open-source tool for building IoT implementations.

IBM is doing even more for the small player—namely, making the Watson platform free for developers and startups. By increasing accessibility, IBM will be giving the next generation of cognitive computing and IoT talent the tools they need to get caught up. But, perhaps more importantly to its bottom line, these small companies will eventually scale and transition into paying customers.

Will this “freemium” model work? Only time will tell, but by presenting cognitive computing as a technology for everyone, not just the biggest players, Watson just might be positioned correctly for even stronger growth in the years to come.

How cognition-as-a-service could change business intelligence