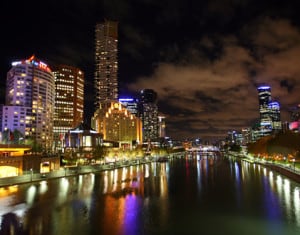 Using predictive software for building energy management usually entails solving an optimization problem–with the main tradeoff being cost versus comfort. One company, BuildingIQ, is having success solving the challenge and is looking to make automated electricity demand response (autoDR) a reality.

Electricity is unique among commodities because it is produced, demanded, and consumed immediately. The real-time nature of electricity flows and power pricing opens enormous opportunities for sensors and predictive software to respond to changing grid conditions and adjust power use when necessary.

One sector where such capabilities are being explored is building energy management. According to the U.S. Department of Energy, commercial buildings represent a fifth of overall electricity consumption. And according to National Grid, office buildings in the United States spend an annual average of $1.34 per square foot on electricity. Lighting, heating, and cooling represent between 54 percent and 71 percent of a building’s electricity use.

One company, BuildingIQ, provides Predictive Energy Optimization (PEO) software that uses advanced algorithms to automatically fine-tune and control heating, air-conditioning, and ventilation (HVAC) systems while maintaining or improving building comfort. The big picture is that temperatures can vary in a given space by one-to-three degrees. With real-time data from thermostats and meters, predictive software can then take into account a wide degree of variables—such as internal temperature and electricity prices—and adjust building power use while maximizing comfort. This might include cooling the building a bit more in the morning while backing off power demand during peak prices in the afternoon.

According to BuldingIQ, its PEO software works makes changes at the air handler unit level, and typically, the software only needs to communicate with a few points per AHU, so the cost and complexity of deploying the solution is minimal. 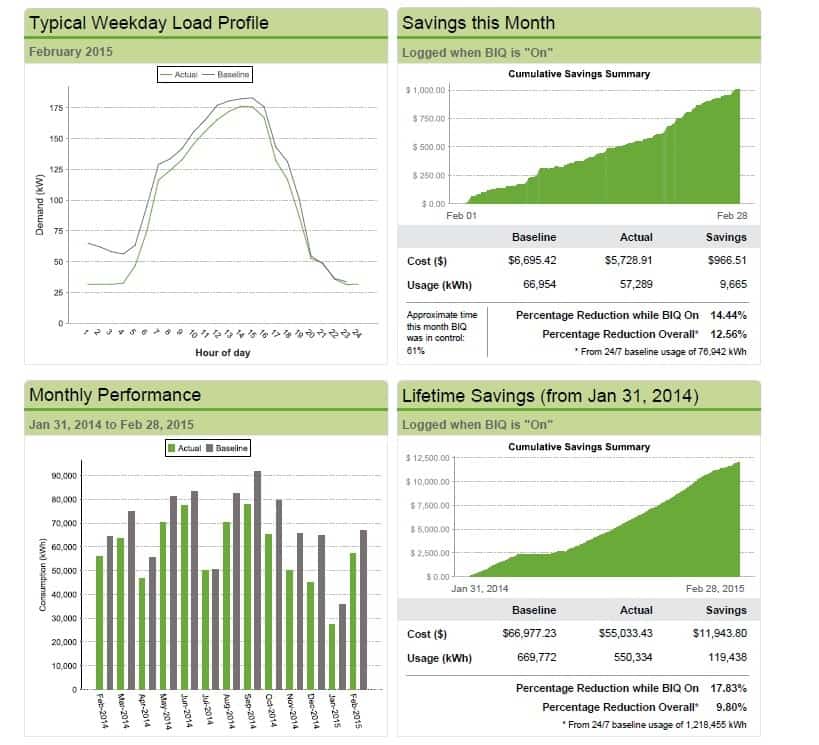 The software itself, however takes into account a wide degree of variables, including the local weather forecast, building occupancy, energy prices, and signals from the utility to cut demand—what is known as “demand response.” There could be as many as 1,000 data points, and based on those inputs, the PEO software runs thousands of scenarios—in some cases as many as 60,000, according to the company—to arrive at the most efficient HVAC operating strategy for the next 24 hours.

The software’s algorithms also learn over time, by recording thermal characteristics and usage patterns of the building.

“When people come into the building at 8 a.m. our software is watching how the building reacts, and creates a thermal model of the building,” said Scott McCormick, BuildingIQ’s vice president of sales and business development. After four weeks or so of self-tuning and learning, the software can then determine “with very high accuracy what the building will do depending on different scenarios that happen in the future—different weather patterns, different occupancy patterns.”

The software essentially solves an optimization problem— finding the best tradeoffs between costs and comfort using a massive amount of data. (We previously covered how optimization problems are a frontier for artificial intelligence in this white paper).

Because software is at the core of the deployment, and BuildingIQ tends to partner with buildings that already have a building-management system (BMS), the company can “quickly and cost-effectively” deploy a solution, according to McCormick. “There are no real upfront costs for us to connect to the control system,” he said, though added that in a few cases, the company has installed smart thermostats and other sensors in places to fine-tune the HVAC control.

A typical setup includes a site agent, which includes the software and communication gateway technology to connect to the Internet and the BMS. The setup takes real-time data from the building, then the heavy lifting, such as the crunching of 60,000 different scenarios, is done in the cloud. 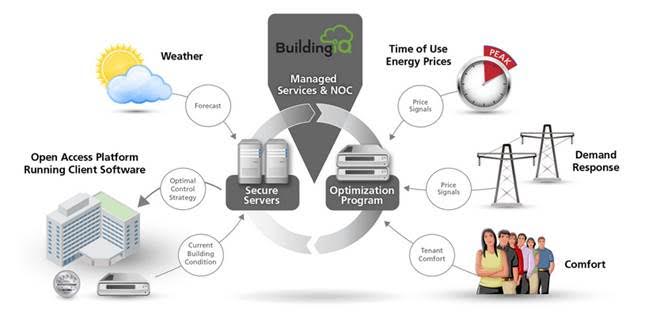 One success story is the St. Vincent’s Hospital in Darlinghurst, Australia. According to BuildingIQ, its PEO platform reduced energy consumption by 1.7 million kWh, or 12 percent of total energy consumption, within the first 14 months of installation. The company has also been selected by the City of Washington D.C.’s Department of General Services to deploy its cloud-based technology in more than 3.2 million square feet of public buildings.

In September, Xcel Energy selected BuildingIQ to participate in a demand-response pilot that will determine if predictive energy optimization can work for commercial building management systems for demand response—the ability to curtail electricity load automatically in periods of high demand. Through the pilot, approximately 10 commercial buildings that average daily summer peak load over 500kW within the utility’s Colorado territory will install BuildingIQ’s software.

According to Xcel Energy, it is targeting peak reductions that would reduce energy use by 10.8 percent for 250,000 square feet of office space. That would produce savings of more than $1 million a year, including roughly $311,000 in avoided energy costs and $750,000 in avoided costs for capacity such as generation. According to Xcel’s demand-side management plan (see page 511) it plans to call eight demand response events per year, for four hours each.