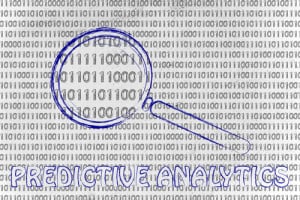 Organizations are training AIs to detect the signatures of cyberattacks — scanning emails, network traffic and files for cues to predict a threat.

Over the centuries, humankind has become somewhat proficient at battling disease. While some viruses continue to baffle us, most infections are relatively easily treated with medicine and rest. In fact, through our medical efforts, we have managed to eradicate a few deadly viruses for good.

Some cybersecurity experts have similar hopes for computer viruses — but not many. As we have come to rely more heavily on technology in our personal and professional endeavors, cyberattacks have become especially dangerous, and unlike the history of disease, cyberattackers have become more effective over time.

While security experts toil in the arms race against computer viruses just like medical doctors struggle to combat disease, it’s unlikely that the computer virus will ever truly disappear. Some of the most recent viruses only bolster this theory.

In 1971, an early tech professional named Bob Thomas created Creeper, the first computer virus, that did nothing more than move from device to device and display the message, “I’m the creeper, catch me if you can!” In 2017, malware named WannaCry spread around the world, holding entire networks hostage in the hopes of collecting monumental sums from desperate users. The ransomware forced dozens of businesses to close, including the U.K.’s entire National Health Service.

Yet, just months after WannaCry’s devastating attack, cybersecurity experts are more concerned about a different type of attack vector entirely: BlueBorne. Though not a virus in the traditional sense, BlueBorne allows viruses and other malware to spread like wildfire through nearly all modern tech — even affecting devices that are isolated from the internet and other networks.

The vector is merely a series of serious vulnerabilities in Bluetooth technology, but by utilizing these holes in security, cyberattackers can take full control of upwards of 13 billion devices worldwide, to include computers, smartphones, televisions, and any gadget on the Internet of Things, forcing them to spy on their owners, pilfer sensitive data and more.

That BlueBorne isn’t a traditional computer virus makes it even more threatening. For one, average device users seem to understand viruses and how to protect against them. However, even security experts are uncertain how to detect infiltration through BlueBorne or prevent its spread short of disabling Bluetooth entirely. BlueBorne demonstrates how foolproof tech experts must be in developing their technologies — and how keen cybercriminals are becoming in their desire to create chaos and steal information.

The Future of Computer Viruses

Since their beginning, viruses have mutated into terrifying digital monsters capable of controlling not just computers but any machines operated by computers. Worse, previous techniques of protecting devices against cyberattack simply aren’t as useful as they once were. Malicious hackers are no longer curious tech workers or prankster teens; they are foreign governments, spies, security agents, engineers, mathematicians, and criminals funded by the multi-billion-dollar malware industry.

Already, viruses are used as weapons that detect and cripple unwanted activity. In the future, they could anticipate certain speech and behavior and disconnect offending users, preventing thought and action with horrifying precision. Viruses have transitioned from inconvenience to menace, and they could shift again from menace to method of control — depending on who harnesses their power next and how device users learn to protect themselves.

The arms race marches on, and security firms have ideas for the future of anti-virus initiatives to guard against future viruses. However, for now, individual users need to protect themselves in the ways they can. Anti-virus techniques are not entirely obsolete, yet. All device users should have some form of security software, even a seemingly simple Windows or a Mac virus scan. Additionally, users should understand the basics of strong passwords and encryption, and they should develop habits for backing up data and consider using physical security, as well.

Meanwhile, security experts strive to use emerging technologies and strategies in the fight against malware. One promising strategy, predictive analytics, is reminiscent of Minority Report: It strives to anticipate malware behavior, predicting when an attack will occur and countering it in a timely manner. Using machine learning, organizations are training AIs to detect the signatures of cyberattacks, scanning emails, network traffic, and files for cues of an incoming breach in security.

Ideally, predictive analysis will close the existing gaps in cybersecurity — but there are some limitations. Organizations have an overwhelming amount of data concerning past cyberattacks, which means thorough solutions must have immense storage, memory, and computation abilities. Another issue is predictive analysis’s poor scalability: As data expands, predictive analytics will need to respond even faster and more efficiently, which isn’t likely. Some experts suggest instead rethinking data storage methods rather than devising protections.

As yet, there is no end in sight for the digital virus. Yet, we can take solace in this fact: As long as devices remain invaluable tools, there will be people fighting against them.

Jackie Roberson produces content on topics such as technology, business, home life and education. She studied business management and is continually building relationships with publishers and the Internet community.