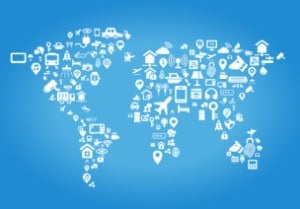 The survey reveals the divide between IoT value and trust and urges businesses to address consumer trust issues to accelerate IoT adoption.

Cisco’s first IoT Value/Trust Paradox report, which surveyed 3000 consumers and was designed to provide businesses with insights on how to increase IoT adoption and customer confidence, revealed that while most consumers believe IoT services have significant value, they don’t understand or trust how their data is used or managed.

Despite this, respondents overwhelmingly said they were unwilling to disconnect from IoT services. They reluctantly accept the risk and take value over trust. Companies that can achieve consumer trust and provide value will be the ones that experience and sustain growth.

“As more companies build their businesses around IoT services, they need to first understand the importance of educating customers on how they are using their data to deliver new, valuable services that will enhance their lives,” said Macario Namie, Head of IoT Strategy at Cisco. “Consumers are asking for more visibility into IoT data practices, and to increase transparency around your IoT data governance and management, you first need to be able to determine who gets what data, where and when. Today’s IoT platforms solve for this problem and can give you the ability to enhance consumer confidence and trust, which can lead to greater adoption of your IoT services.”

Other key insights in the report include: