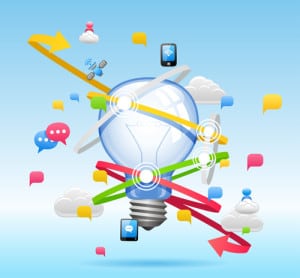 Knowing the difference between a platform powered by AI and one powered by cognitive computing is the key to deciding which is the best for your business.

IBM’s Watson cognitive computing platform might be going through a defining time right now, and part of that seems to do with a small-but-complex question: What is the difference between artificial intelligence (AI) and cognitive computing?

It’s an important question for any company and any system that’s working within this sector, as our assumptions about these two terms define how we respond to the emerging and existing products that claim to do one or the other. If you don’t know the difference between a platform powered by AI and one powered by cognitive computing, and what the implications of those differences, how can you decide which is the best for your business or your application?

First, some brief definitions of these two types of machine thinking.

Artificial intelligence agents decide which actions are the most appropriate to take, and when they should be taken. These agents most often take the form of machine learning algorithms, neural networks, statistical analysis and more. You feed the AI information — oftentimes, over a long period of time so that it can “learn” the variables it should pay attention to and the desired outcomes — and it spits out a solution.

The potential applications for AI are widespread and already fully integrated into our daily lives, from your Siri/Alexa/Google voice assistant, to Netflix making recommendations based on your viewing experience. If we consider the future a bit more, AI and fully autonomous vehicles are inseparable. In training, the AI watches countless hours of driving footage, is given some variables to watch out for — lanes, other cars, pedestrians — and then delivers a result based on its decision-making.

Cognitive computing is often described as simply marketing jargon, so crafting a working definition is important, although it’s more fluid right now, and there isn’t one consensus that industry experts have settled on. Still, the foundation is that cognitive computing systems try to simulate human thought processes.

This process uses many of the same fundamentals as AI, such as machine learning, neural networks, natural language processing, contextual awareness and sentiment analysis, to follow the problem-solving processes that humans do day in and day out. IBM defines the result of cognitive computing as “systems that learn at scale, reason with purpose and interact with humans naturally.”

[ Related: Could Cognitive IoT Clean Up Our Lakes and Streams? ]

Sentiment analysis is one emerging cognitive computing task, as in order to fully understand the context and nuances of human language, it must process words on their deepest linguistic meanings. But, if we’re talking about IBM and Watson, it makes sense to talk medicine — a doctor inputs data about their patients, and cognitive computing algorithms analyze it using mimicked human problem-solving. The application then delivers some suggestions and information to help the doctor decide what to do next.

They’re close, but there are some fundamental differences.

First, artificial intelligence does not try to mimic human thought processes. Instead, a good AI system is the simply the best possible algorithms for solving a given problem — in the case of an autonomous car, avoiding collisions and staying on course. It’s not trying to process the same data in the same way as the human brain — that’s a far more complex and more fault-prone system. And, an autonomous car isn’t just making suggestions to the human driver. It’s the one doing the driving.

And second, cognitive computing does not make decisions for humans, but rather supplements our own decision-making. In medicine, a true AI would instead be making all the decisions about how to treat a patient, essentially cutting the doctor out of the equation. The reason cognitive computing is important is because there’s genuine evidence that machine learning can supplement human medical diagnoses, but no one would argue that AI should handle all our medical decisions right now.

What does the future hold for these two?

Ideally, proponents of AI and cognitive computing would learn to work together, particularly in the near future, as the potential for these technologies continues to become clearer. Improvements to AI and cognitive computing will only come with improvements to the foundational technologies, such as machine learning, natural language processing, handling big archives of unstructured data, and more. So, there’s a vested interest in less in-fighting, and more emphasis on generating new ideas for pushing machine thinking forward.

Imagine a future in which AI and cognitive computing work synchronously with one another within a single system, operating from the same sets of data and the same real-time variables from the world around it. That’s an autonomous car that not only drives you to where you need to go but also understands why you need to get there. Or, that’s an emergency room that can instantly triage you based on your physical condition and your mental state, and then deliver recommendations to the professionals, giving nurses and doctors more time to get to work making you better.