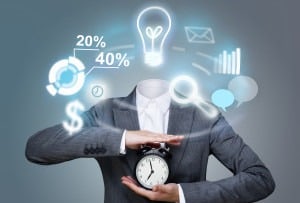 Cognitive computing services might include everything from predictive maintenance to customer experience and medical diagnoses. But there’s a skills gap.

According to a recent report from Allied Market Research, the cognitive computing market is expected to generate revenue of $13.7 billion by 2020. On top of that, IBM CEO Ginni Rometty recently told CNBC that Watson would reach more than 1 billion consumers by the end of 2017. The cognitive computing market is growing in size and complexity—and quickly.

IBM defines cognitive computing as a set of “augmented intelligence” capabilities that include machine learning, reasoning and decision technology, language, speech and vision, human-interface tech, distributed and high-performance computing, and new computing architectures and devices. When combined, the capabilities are meant to solve practical problems and foster new discoveries.

To help understand the marketplace, and both its many opportunities and hurdles that must still be crossed, IBM has released “The Cognitive Advantage Report,” a comprehensive guide including insights from early adopters. The report aims to showcase how future-looking organizations are already driving business value from cognitive computing and perhaps help others do the same for their own businesses. 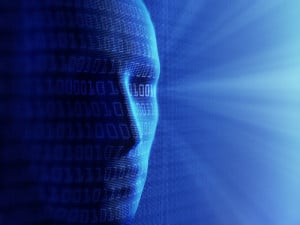 Generally cognitive technology excels in use cases where there is simply too much data for humans to sort, where making automated and fast decisions on a mass of data is critical to the business, and where the rules of the game are well-defined. Machine learning, for instance, is being used to detect and deal with fraud in a more proactive manner, reduce customer churn, or boost sales through personalization. IBM’s Watson technology is critical to IoT networks as well and has use cases in manufacturing  optimization and predictive maintenance. Watson is also being used in medical diagnostics.

Every business wants to showcase its key differentiators, and early findings show that 65 percent of early adopters say customers are already responding strongly. More than half say cognitive capability will be a “must have” to remain competitive within the next few years, according to the IBM report.

Many would think that the obvious goal for any cognitive technology roll-out would be to improve the IT department, as it serves as the “nervous system” for complex businesses, but many businesses instead focus cognition on the customer. The technology can be used to improve CRM systems, provide targeted offerings to certain customers, or automate marketing while optimizing its effectiveness.

In fact, 49 percent of respondents are reporting improved customer service through personalization, according to the report.

A surprising number of businesses are engaging in cognitive computing because of developer and business experimentation, not just C-suite mandates. On top of that, nearly half of respondents said seeing competitors dip their toes in has spurred their own investments.

It’s not all dreaming up big ideas and simply executing them via cognitive computing—there are some real challenges, other than cost, of implementing Watson-like infrastructures. Strategy is slowing down 41 percent of the respondents, and most early adopters are finding it difficult to manage their data.

The skills gap just might prove to be the most difficult hurdle yet—63 percent of respondents require more computer scientists and experts in machine learning, natural language processing, and more. Software developers are needed as well, to help build the systems that allow employees to engage with the technology.

If companies can overcome that hurdle, IBM envisions cognition-as-a-service (CaaS) emerging as its own category in the next few years.

That said, there is much territory to be covered yet before most companies will be in a solid position to take advantage of these technologies and the benefits they offer. Between finding the right people and the right platform, and then paying for it all, cognitive computing could help differentiate future-thinking companies.

And, of course, IBM plans to position itself as a key resource for the pathway into cognition.