Home / Intelligent Integration / Executives are Bullish on Real-Time Data, But IT Staff Is Cautious 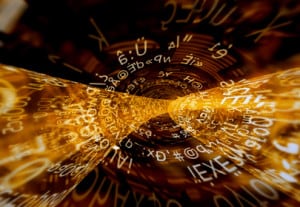 Executives believe their organizations can harness the power of real-time data but developers don’t agree, according to a recent survey from VoltDB.

Upper-level executives are bullish on real-time data and say their organizations are real-time enabled. However, more technical types working in the trenches say they’re not quite there yet.

That’s one of the takeaways from a recent survey released by VoltDB, which found that although 84 percent of CIOs believe that their organization can analyze data in real time, only 42 percent of developers agree with that statement. The survey of 150 IT leaders and professionals uncovered other disconnects in how people at various levels of organizations see real-time technologies and their potential.

For example, 72 percent of CIOs (who can be assumed to closer reflect business leaders’ thinking) say real-time streaming data analysis can drive operational and customer-experience improvements. However, only 36 percent of developers agree with that statement. In addition, CIOs overwhelmingly agree (82 percent) that having a data-management platform that can respond in real time is very valuable or critical to their operations. Only 36 percent of developers share this perception.

So the higher up in organizations one goes, the more optimism there is about real time. Executives seem to feel that they are almost or already at a real-time state, in which material events and insights are being immediately flashed to decision makers. Those charged with putting together and implementing the nuts and bolts, however, say there’s still more work to be done.

Related: How to move to a fast data architecture (ebook).

Developers are well aware that real-time data doesn’t just blaze through systems because someone threw a switch. Various data sources and applications need to be integrated, and functioning as a whole. This takes time to accomplish, because source data takes many different forms with many different contexts. Log files from an e-commerce site are different than call-center records, and neither bear a resemblance to transaction files. Aligning and putting all these data sources into context – such as seeing that a customer has just attempted to make a purchase, but encountered a glitch, and has called the customer care line to straighten things out – isn’t likely to happen in a single view without a lot of data integration work, with analytics layered on top to determine whether this is a pattern.

While executives and implementers don’t have the same views on the state of real-time in their enterprises, more than 90 percent of respondents agree that streaming data analysis can have a positive impact on their company’s bottom line. In addition, more than half of respondents (54 percent) completely or strongly agree that conducting analysis on real-time operational data to make immediate business decisions is “critical to the success of their organizations.”

In Search of Real-Time Data Gold

Nearly two-thirds of respondents believe their current inventories of real-time applications only meet business needs less than half of the time. In addition, respondents claimed they are unable to meet speed demands for real-time data analysis 54 percent of the time.

Interestingly, there is quite a gap between CIOs and developers on this last point – 48 percent of developers believe budget and internal resource constraints are the primary obstacle when unable to meet their organization’s real-time demands, compared to only 18 percent of CIOs who felt the same. This may reflect the executive attitude, noted above, that enterprises already have made great strides in their real-time efforts, and thus, presumably, funding is adequate. The situation on the ground, however, may be that staff members are struggling to make it all work, and need more resources.

One thing that isn’t lacking in real-time efforts is data. One in four of all respondents claimed that operational/streaming data was the data type most important to the success of their business. In addition, more than half of respondents (56 percent) stated it was critical or very important to add real-time context to streaming analytics applications.