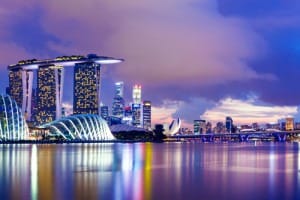 Southeast Asia’s Singapore is proving itself to be a cutting-edge testbed for autonomous vehicles and other new transportation tech ideas.

Singapore, a country of about six million people, is three times the size of Washington, D.C., and one of the forty largest economies in the world. This is a country with big dreams of an autonomous future where transportation is streamlined.

What the country lacks in terms of manufacturing capability, it more than makes up for in its power in services. Singapore Airlines and Singapore Changi Airport are bywords for high-quality service. The airport is particularly famous for innovative services such as allowing people connecting through Singapore to tour the Island during their layover without having to leave airport security. Singapore has entered the world of autonomous vehicles and, as may be expected, is approaching the market from a different perspective.

See also: Connectivity East — The Tiger or the Elephant in India?

The Singaporean government is actively involved in developing the autonomous vehicle market. The government should have autonomous vehicle legislation in place by the second half of this year. According to Lee Chuan Teck, the former deputy secretary at the Ministry of Transport, Singapore is an ideal place for testing autonomous vehicles since its advanced road infrastructure and highly regulated traffic system make it a great place to test driverless vehicles.

While promoting the use of its roads as a test track, the government has in place legislation to limit the number of cars on the road. For example, the country puts high taxes on private vehicles, and these high taxes may be why Tesla sold vehicles in the country for only six months in 2011. Their sales may have suffered because customers had to pay S$15,000 (US$11,235) in taxes for a standard model vehicle. As a result of these taxes, only 15% of Singaporeans own vehicles. The government appears to believe it is better to continue relieving the congestion further so it can run the island more efficiently and is pushing public transportation and ride-sharing schemes as part of a fifteen-year plan to further wean Singaporeans off of privately-owned vehicles.

Since part of the reason many Singaporeans still have personal vehicles is that they need to travel to bus stops and subway stations, the government is supporting autonomous ride-sharing services to make this future a reality. The government believes the new technology will not only make the roads less congested, it will also make them safer. Therefore, the government is helping industry and academia build autonomous buses and taxis. 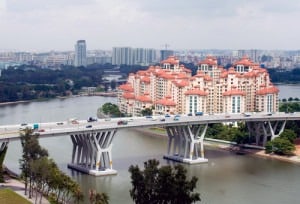 A leader in autonomous public transit

Both local and international companies are playing a role in improving the population’s access to public transit with autonomous vehicles. NuTonomy, an autonomous vehicle software startup founded and run by two people, an American and a Singaporean, that is now owned by the multinational automotive tech corporation Aptiv.

They’ve started the world’s first self-driving ride-sharing service in Singapore in 2016 through the Grab application, a service run by a ride-sharing company seen as the “Uber” of Southeast Asia. Originally NuTonomy was given permission to have its cars function within a 1.5mi2  area. Due to their success, the government gave NuTonomy permission to operate in more parts of Singapore.

While NuTonomy is driving the rise of autonomous ride-sharing technologies, others are working on autonomous solutions for public transportation and trucking. ST Kinetics is partnering with the Singaporean Land  Transport Authority (LTA) to start trials for its autonomous bus service, with each bus having the capability of carrying 40 people each and moving at 60kmh (37.28mph). The Swedish multinational car manufacturer Volvo will test its autonomous buses in Singapore next year. The port operator known as the PSA Corporation is working with the Ministry of Transport as well as the OEMs Scania and Toyota to develop and test autonomous truck platooning systems on Singapore’s public roads.

These companies believe autonomous trucking will make transporting freight more efficient, facilitate trucking at night, and alleviate Singapore’s lack of manpower by allowing people to take jobs in other sectors. Meanwhile, the industrial and manufacturing firm VDL Groep is building autonomous trucks to help the logistics firm Katoen Natie transport its cargo in Singapore. While Singapore may be a small country, it already serves as a testing ground for autonomous freighting and public transportation solutions.

The government is partnering with local engineering group ST Engineering and OEMs such as Toyota and is also allying itself with academic institutions such as National University of Singapore and Nanyang Technological University. Singapore is using these partnerships between the public, private, and academic sectors to develop autonomous truck platooning technologies and creating self-driving utility vehicles for transporting waste and sweeping roads. The government is also doing trials in alliance with companies that would allow Singaporeans to summon autonomous shuttles through their smartphone so they can ride in air-conditioned, computer-run shuttles to public transportation stations and local places such as restaurants. 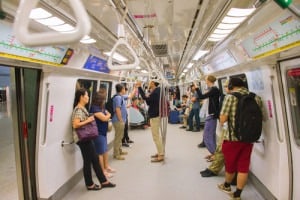 The most visible shrine to Singapore’s ambitions is it’s “test town” for testing autonomous vehicle technologies. Last November The Singaporean government, Nanyang Technological University (NTU), and several other organizations built a 2-hectare small town at a Nanyang Technological University facility in Western Singapore with roads packed with intersections to navigate, traffic lights to regulate traffic, bus stops for people to stop at, and pedestrian crossings. This fake town can be used by local and international organizations to test their vehicles without having to build their own tracks.

In addition to providing infrastructure for testing autonomous vehicles, the track is designed to test many different sensors that may be installed in autonomous vehicles.  For example, there is a hill that can test to see if vehicle sensors can sense vehicles moving around the hill. Companies can also test radio interference by testing sensors around the fake skyscrapers that dot the location and use a rain machine to test how well vehicles run in the rain by mimicking the country’s prodigious rainfall.

This is an important feature because rain is famous for interfering with light radar (LiDAR) sensors. Most of the data is then recorded by seven 360-degree cameras that stream the data back to the Land Transport Authority’s (LTA) Intelligent Transport Systems Centre nearby. The test track does not yet represent the real world in that vehicles there are required to drive below the 15mph speed limit. Regardless, there are already more than ten companies and academic institutions functioning in this “town.”

In addition to the model town, the government has selected three real towns for testing autonomous busing services. The government announced buses will be ready for daily commutes in these towns in 2022.

This idea, known to many in the industry as the “last mile,” is an important one that many countries are considering. After all, instead of having the person in Lisbon ride a car to Tallinn, why not connect that person to a train instead? Is the idea of having ride-sharing vehicles instead of dedicated bus routes- or personal vehicles- worth pursuing? The government will have to convince people to use these autonomous shared taxis to reach public transportation when many still see personal vehicles as an aspirational good, even in Singapore.

It is true that a quarter of American millennials do not have driver’s licenses, but that means about ¾ of American millennials still have them. After all, while many middle-class Singaporeans do not have the money to afford a car, many still want one. This reflects one of the major challenges in Singapore’s strategy: while technology offers great promise in making roads clearer and travel quicker, Singapore cannot solve the traffic problem with technology alone. They realize it may take more regulation or a cultural shift to convince its people to largely abandon the desire for personal automobiles.

The U.S. media as of late tends to focus on autonomous vehicles through the eye of ride-sharing services, but cities should keep an eye on the Singaporean experiment and also consider investing in autonomous public transportation technology.